Muqdisho – (warsoor) – At least one person was killed, and four others were wounded in a massive car bomb blast at the Village restaurant, a popular coffee cafe near the country’s national theater in Mogadishu.

An eyewitness, speaking on condition of anonymity told Radio Shabelle over the phone that the attack occurred after a bomber has rammed his explosives packed car into the cafe.

The speeding car packed with explosives was aimed to kill Col Mohamed Dahir, a senior police officer, before it went off at the coffee restaurant popular with local journalists. 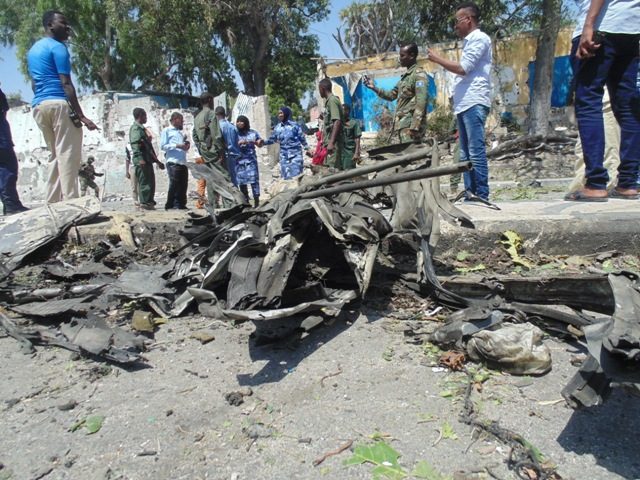 Col Mohamed Dahir said in an interview with Radio Shabelle that he has survived from car bomb attack, but two of his security guards have suffered slight wounds in the explosion.

No group has yet claimed the responsibility for Thursday’s restaurant bombing in Mogadishu, which lies about 400 meters away from the heavily fortified Somali presidential palace.