Italy – (warsoor) – Italian Prime Minister Matteo Renzi will finally resign on Wednesday, he announced as negotiations over who or what follows him intensified in a country in political limbo.

Ironically, Renzi’s rule came to an end with his government winning a vote of confidence in the Senate, the parliamentary chamber he tried to emasculate via a referendum in which he suffered a crushing defeat on Sunday.

The confidence vote curtailed prolonged discussion on the approval of Italy’s 2017 budget — an unfinished task which had prompted President Sergio Mattarella to ask Renzi to delay his departure for a few days.

With that job done, Renzi, typically, took to Twitter to tell voters he would resign at 7pm (1800 GMT).

“Budget law approved. Formal resignation at 1900. Thanks to everyone and viva l’Italia!” (“long live Italy!”)he tweeted.

The move came as two major questions were exercising Italians: Will there be early elections? And what will become of the outgoing premier?.

Renzi’s destiny looked set to be clearer after a meeting of the executive of his Democratic Party (PD), scheduled to take place before the leader visited Mattarella in the early evening. 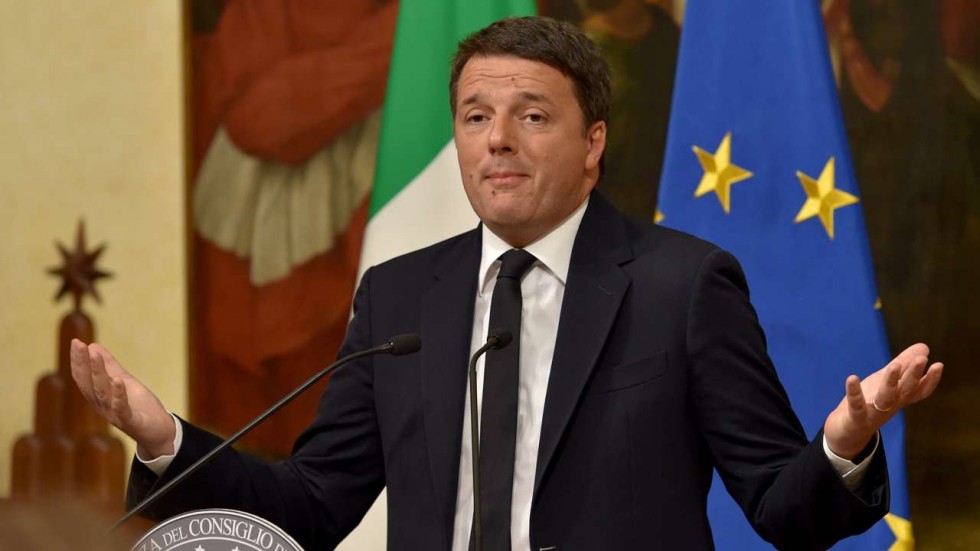 Renzi remains the leader of the centre-left party but it is beset by internal divisions that were painfully exposed by the referendum battle.

As PD secretary general, Renzi controls the party apparatus, which he used to stage the coup that deposed his successor, Enrico Letta, in February 2014.

Analysts see the party machinations playing out in one of two ways.

Either enough of Renzi’s erstwhile allies decide he is damaged goods and he is toppled. Or he survives as leader and reasserts his authority as a precursor to staging a comeback bid at the next elections.

An election must be held by February 2018 but opposition parties are clamouring for it to be held up to a year early, saying the referendum was effectively a vote of no confidence in the centre-left coalition.

“Either we have immediate elections or we take to the streets,” Matteo Salvini, leader of the far-right Northern League, warned Wednesday.

“We cannot make a mockery of the 32 million people who voted on Sunday.”

Renzi is reported to favour a February 2017 election, calculating that the PD remains well-placed to emerge with the largest share of the vote, despite the upward trend in backing for the populist Five Star Movement.

Led by comedian Beppe Grillo, Five Star is skilled at pitching an eclectic message to all shades of opinion — from libertarian leftists and ultra-environmentalists to anti-euro and anti-immigration eurosceptics.

The last year has seen Five Star emerge decisively as Italy’s biggest opposition force, largely at the expense of 80-year-old Silvio Berlusconi’s Forza Italia, with around 30 percent of voters likely to back the movement.

Backing for the Northern League has been largely stable at around 15 percent of voter intentions, and Five Star’s hopes of power are seen as being restricted by its reluctance to countenance alliances with other parties.

The major obstacle to holding an election in two months’ time is that parliament must first revise the rules by which it will be held.

As things stand, two different electoral laws apply to the Chamber of Deputies and the Senate, which hold equal powers under the “perfect bicameral” principle upheld by the referendum.

A new system for the Chamber of Deputies, under which the party getting the most votes would be guaranteed a majority of the seats, was approved earlier this year. But all the parties had agreed to revise it before the referendum.

The Senate meanwhile is elected by a proportional system unlikely to give any one party or coalition a majority. Elections under two different systems would be a recipe for political paralysis, most observers agree.