Human beings have different characteristics some of them are Black, Red, and White people and they have different ethnic group lives different lands and continents. As when the human being lives together, they will have need each of them to get the basic need things, which could be part of the good standard of life. 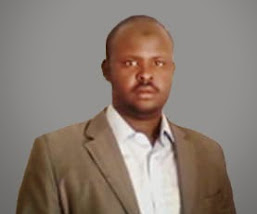 Every human being has known the injustice can bring instability, which can cause a problem that could spread same places, countries or continents. In historically the most the human being or nations known very well what was happening the number of countries of Africa, Asia or other place of the world, for the sake of injustice.

Injustice had caused a lot of violence, which had brought direct attacks from each different ethnic group lives same places, you known what had happened with Rwanda, Burundi, Central African Republic and Democratic Republic of Congo. These three countries had reported number of genocides involved by the politicians, clan leaders and military commanders after they felt that had not gained resource shares of these countries.

According to Somaliland we are Muslim people, and we are a people who are different the people of those countries, we have different with them  a lot of things like a way of living, Religion, Language and the faith that Allah kept our chest and mind, but Allah loves those follows and obey his orders. The Haddis Qudsi narrated from Allah by Prophet Mohamed peace be upon him, Allah Said “My creatures, I forbidden myself with injustice, not allow injustice among your selves.

If we want to live good life and prosperity, we most get red off injustice and tribalism, because the injustices and tribalism have common goals, chrematistics and depth roots of jells. In Somaliland you have seen your eyes that there are injustices with different at work places especially government institutions.

If the human being based on the justice with their life, Allah will have given us his mercy, because the justice is one Muslim pillars, but until there is injustice everything will have difficult for us, and we most fight the bad thing that has been spreading among the people of Somaliland.

We most aware of that Allah forbidden all bad thing against our holy religion, for the sake of we are Muslim people, and Muslim most ford whatever could damage the dignity and humanity among Muslim people, and everybody will have ask whether he done good deed and bad deed, even our leaders will have ask if he had leaded the people with pathway that was building by the justice and respecting each other.

Being a good leader, it depends on the brotherhood, honesty, practicing our religion, fight tribalism and leading the people with best way that you could gain the prosperity of Allah, and Allah will have forgave you the guilt you have committed before.

All in all, it would have better if we fight everything that could bring the suspicious among people, because the suspicious and tribalism caused by the injustice and injustice is a disease have a different branch including suspicious and tribalism. If that disease spread within the population, it will have difficult to get their solution. The solution is what brings us the victory and gain the good victory will have in our hands.