Trump, who has often praised Russian President Vladimir Putin, made the comments in an interview with former CNN broadcaster Larry King, whose podcast was aired on Thursday night on the RT network, a 24-hour news channel that broadcasts in both English and Russian. 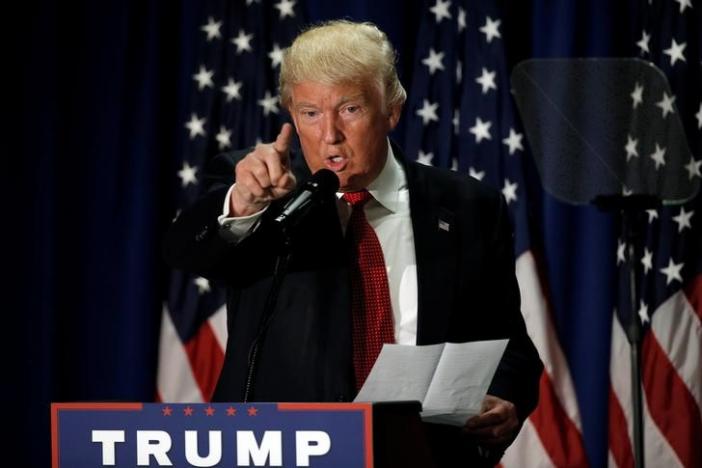 Critics of the network, which mostly targets audiences outside of Russia and also includes programing in Spanish, Hindi and Arabic, have described it as a propaganda arm of Putin’s government.

Traditionally, American presidential candidates do not bash their country before a foreign audience, even if they are fierce critics of the current administration while campaigning in the United States. Trump has said far worse about President Barack Obama in appearances on U.S. television networks.

The White House said it had no comment on Trump’s remarks.

Trump’s praise of Putin, which he repeated during a televised national security forum on Wednesday night, has drawn sharp criticism from Democrats and some Republicans.

Trump told King he does not think the Russians were intervening in U.S. elections, a concern expressed by some U.S. officials and by Democratic presidential candidate Hillary Clinton.

The New York businessman also said he did not think Russia’s government was behind the hack of Democratic National Committee email servers. Experts inside and outside the government have pointed to Russian-backed actors as the source of the hack, which has been used to leak information in an attempt to embarrass Democrats.

Trump criticized U.S. policy in Iraq from the time of Republican President George W. Bush, who ordered the American-led invasion in 2003 in the aftermath of the Sept. 11, 2001, al Qaeda attacks on the United States. Trump then attacked Obama and Clinton, the president’s first secretary of state, for their roles in the U.S. troop withdrawal from Iraq.