USA – (warsoor) – US President Donald Trump has announced he will not attend the White House Correspondents’ Association dinner on 29 April.

The glitzy event draws celebrities, journalists and politicians, normally including the US president.

Mr Trump said he would not attend a day after the White House excluded several major broadcasters and newspapers from a press briefing. 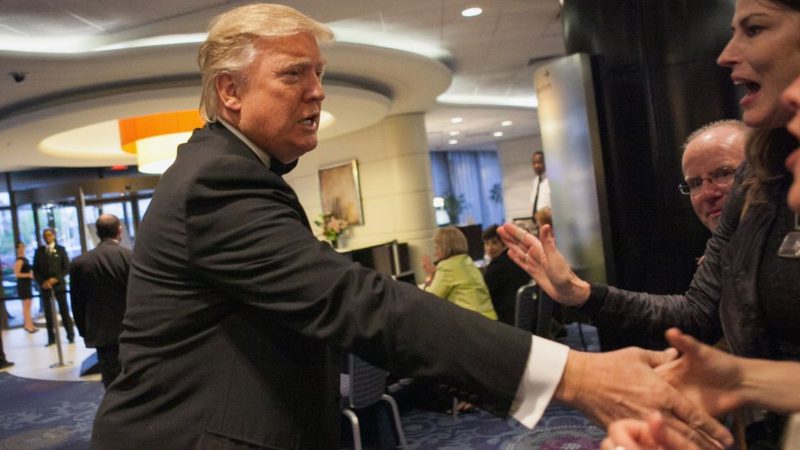 He has frequently described negative news coverage as “fake”.

However, he has not provided any evidence for his claims.

The announcement comes as relations between the White House and some media outlets continue to deteriorate.

On Friday, the BBC, CNN, Buzzfeed and the New York Times were among media groups barred from an off-camera informal briefing held by White House Press Secretary Sean Spicer.

Hours before the briefing, Mr Trump had delivered a strong attack on what he called “fake news” in the media, targeting stories with unnamed sources.

He said “fake news” was the “enemy of the people”.

Mr Trump announced his non-attendance at the correspondents’ dinner via Twitter.

He wrote: “I will not be attending the White House Correspondents’ Association Dinner this year. Please wish everyone well and have a great evening!”

Bloomberg News and the New Yorker magazine are among media outlets who have said they will not hold their usual after-parties this year.

There have been some calls for journalists to boycott the event itself.