Israel – (warsoor) – Israel says it is cutting a substantial amount in its annual dues to the United Nations this year in protest of last month’s Security Council resolution condemning Israeli settlement activity on occupied Palestinian territories.

The announcement made by Israel’s UN Mission on Friday stipulated that $6 million out of more than a regular $40 million allocated to “anti-Israel bodies” will be halted.

Among those who will no longer be receiving monetary assistance are the UN agency for Palestinian refugees or UNRWA, the Division for Palestinian Rights, the committee investigating Israeli practices affecting Palestinian human rights, and information programs on “the Question of Palestine”, the mission said. 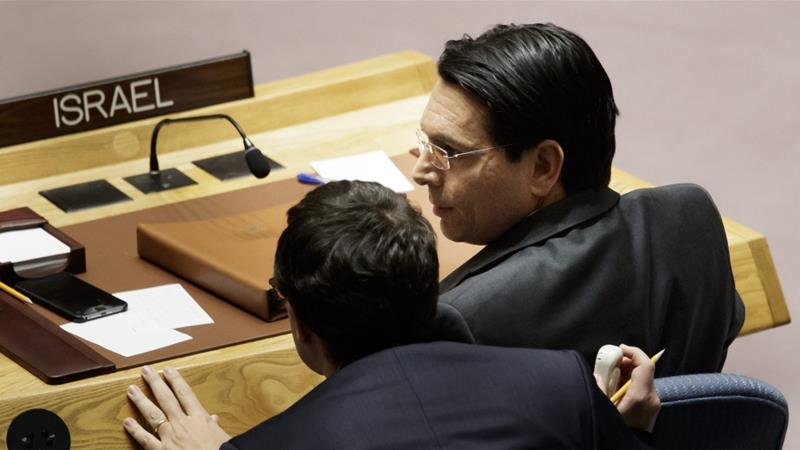 Israel’s UN Ambassador Danny Danon said: “It is unreasonable for Israel to fund bodies that operate against us at the UN. The UN must end the absurd reality in which it supports bodies whose sole intent is to spread incitement and anti-Israel propaganda.”

Commenting on the announcement, UN spokesman Stephane Dujarric said: “We have not been informed.”

Israel’s UN Mission said the cut in funding is the first in a series of steps under consideration by the foreign ministry in reaction to the recently passed resolution that termed the settlements “a flagrant violation under international law”.

The UN vote was abstained by the administration of President Barack Obama, which faced criticism from Israel, its closest ally, as well as President-elect Donald Trump.

The Obama administration’s decision to allow the UN vote was a sharp rebuke to a longstanding ally and a striking rupture with past US vetoes. Secretary of State John Kerry defended the abstention decision saying settlements were an obstacle to a two-state solution.

The Republican-dominated US House of Representatives on Thursday condemned the UN for criticising Israeli settlements.

Israel’s UN Mission said it would move forward on additional initiatives “aimed at encouraging structural change within the UN with the ultimate goal of ending anti-Israel activities” after Trump takes office on January 20.

The UN maintains that settlements are illegal, but UN officials have reported an influx in construction over the past months. The resolution formally preserved the international community’s disapproval of Israeli settlement building.