The 25-page public version of the report was released on Friday after the officials briefed President-elect Donald Trump and top lawmakers on Capitol Hill on a longer, classified version.

The report said Russian efforts to meddle in vote represent the most recent expression of Moscow’s long-standing desire to undermine the US-led liberal democratic order.

It also noted that the scope of Russia’s activities was significantly larger compared with previous operations.
After his briefing, Trump stopped short of embracing the intelligence community’s assessment that Russia interfered in the presidential campaign, saying only that any hacking attempts had “absolutely no effect” on the outcome of the election. 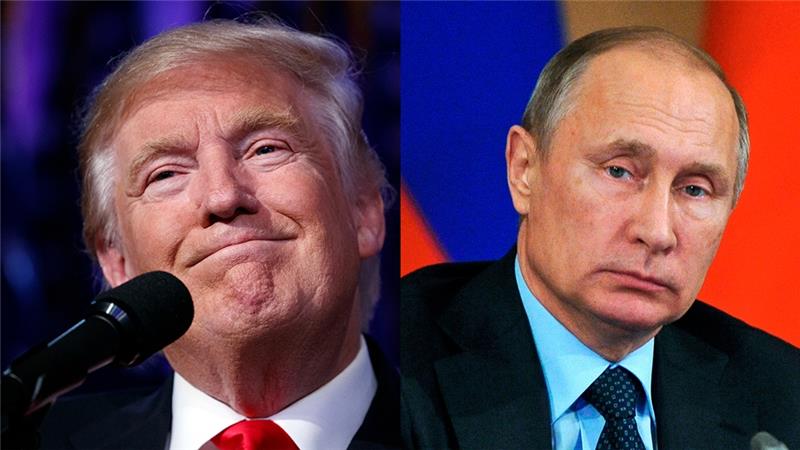 Having hours earlier dismissed the hacking controversy as a “political witch hunt,” Trump later issued a statement whose main aim appeared to be to deflect questions about the legitimacy of his November 8 victory over Democratic Party candidate Hillary Clinton.

Trump, who previously repeatedly denied Moscow interfered in the election, said that “Russia, China, other countries, outside groups and people” seek to attack US institutions including the Democratic National Committee.

“There was absolutely no effect on the outcome of the election including the fact that there was no tampering whatsoever with voting machines.”

The New York businessman, who is to be inaugurated as president on January 20, said he would appoint a team to give him a plan within 90 days of taking office on how to prevent cyber-attacks but suggested that he would keep their recommendations secret.

“The methods, tools and tactics we use to keep America safe should not be a public discussion that will benefit those who seek to do us harm,” Trump said.

Russia denies the US government’s allegations of hacking during the election campaign.

Meanwhile, the US Congress certified on Friday that Trump won the November presidential election, as last-gasp objections by Democratic lawmakers were swatted away by an irked Vice President Joe Biden.

Lawmakers held a ceremonial final count in the House of Representatives chamber that affirmed the votes cast last month by the members of the Electoral College chose the Republican property tycoon as the nation’s 45th president.

“Donald Trump of New York has received, for president of the United States, 304 votes,” while his Democratic rival Hillary Clinton received 227 votes, Biden declared to assembled lawmakers after the counting was complete.

Seven electors defied their states’ results and voted for other figures, but it did not affect the outcome.

Biden said the official count “shall be deemed sufficient declaration” for Trump and Vice President-elect Mike Pence to take their oaths of office on January 20.

“The Electoral College results are in. Donald J. Trump will be the 45th president of the United States,” House Speaker Paul Ryan announced in a tweet shortly afterward.

Trump finished with 304 electoral votes and Democrat Hillary Clinton got 227. There were seven protest votes for other candidates. It takes 270 Electoral College votes to win the presidency.