Mogadishu- (warsoor) – A cargo ship loaded with donation consignments which has embarked from Turkey has on Sunday docked at Mogadishu international habour.

This ship is carrying 11,000 ton of different food stuff and other none food items meant for the drought affected Somali population and for mothers and child.

The Turkish officials in Mogadishu have officially handed over the donation to State Minister for the Ministry of Internal Affairs honorable Abdirashid Mohamed Hidig. 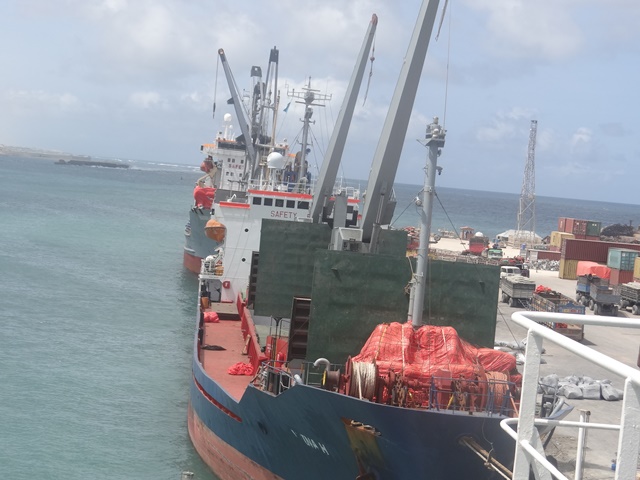 “We are very grateful for this donation given to us by our Turkish brothers and it really means something very imperative to us, the Turkish government has ever been helping Somalia, and soon the government of Somalia will be allocating this donation to the various regions in the country” said honorable Hidig.