The incident comes as France remains on high alert following a series of jihadist attacks that have claimed over 230 lives since January 2015.

Prosecutors said they had opened an anti-terror investigation.

France goes to the polls on April 23 in the first round of a two-stage presidential election in which security is one of the main issues on voters’ minds.

The shooting took place on the second day of an official visit to Paris by Britain’s Prince William and his wife Kate.

Interior Minister Bruno Le Roux said the man who was killed was “known to the police and intelligence services”.

He said the suspect was also linked to an attack on police just north of Paris earlier on Saturday in which an officer was slightly wounded.

At the airport, the man knocked the soldier to the ground and grabbed at her rifle, a senior military source said.

The two other soldiers with her then opened fire, killing him, the source said.

No-one else was injured in the incident.

According to an eyewitness who spoke to AFP, the man had at one point held the female soldier hostage.

“The man took a soldier hostage, he was holding her by the neck and he was threatening two other soldiers with the woman’s rifle,” said a man travelling to the Dominican Republic who gave his name only as Dominique.

“I heard cries and I saw the soldiers who were holding a person at gunpoint.”

Another witness told BFM TV he saw the man holding the soldier’s rifle and threatening her.

“The soldiers were trying to reason with him,” he said, adding that he heard two shots.

The incident took place at around 8:30 am (0730 GMT) in the Orly-Sud terminal. Located just south of Paris, Orly is the city’s second international airport.

Addressing reporters at the airport, Le Roux said the man had tried “but not succeeded” in his bid to grab the rifle of the female soldier who was on patrol with two male colleagues.

Le Roux said the man was also suspected opening fire on police during a routine traffic inspection in the northern suburb of Garges-les-Gonesse at around 7:00 am (0600 GMT). One officer suffered minor head injuries.

He was thought to have stolen a car and driven to Orly, Le Roux said. Police sources said he was 39.

Franck Lecam, a traveller bound for Tel Aviv, told AFP he heard “three or four shots” nearby as he was queuing to check in.

ir traffic to Orly was suspended and all incoming flights rerouted to Paris’ main Charles de Gaulle airport, north of the city.

Several planes that were preparing for takeoff or had just landed in Orly were held on the runway as the security operation unfolded.

Passengers in the Orly-Ouest terminal were confined in the building. That terminal re-opened at around 1200 GMT.

The southern terminal, where the incident occurred, was re-opening in stages.

Elite police teams secured the airport and searched it for explosives but none were found.

France remains in a state of emergency after a series of terror attacks, including the November 2015 massacre in Paris and a truck attack in Nice, in July last year.

In mid-February, a machete-wielding Egyptian man attacked a soldier outside Paris’s Louvre museum before being shot and wounded.

The soldier from whom the man tried to take the weapon was part of Operation Sentinelle, a force of 7,000 troops deployed in the capital and other cities after the January 2015 Paris attacks.

A notice was posted on the Paris airports authority website urging passengers not to travel to Orly.

Budget airline easyJet said it expected interruptions and flight delays, adding that 46 of its flights were due to fly in and out of the airport on Saturday.

On Thursday, a letter bomb exploded at the Paris offices of the International Monetary Fund, injuring a secretary who suffered burns to her hands and face. 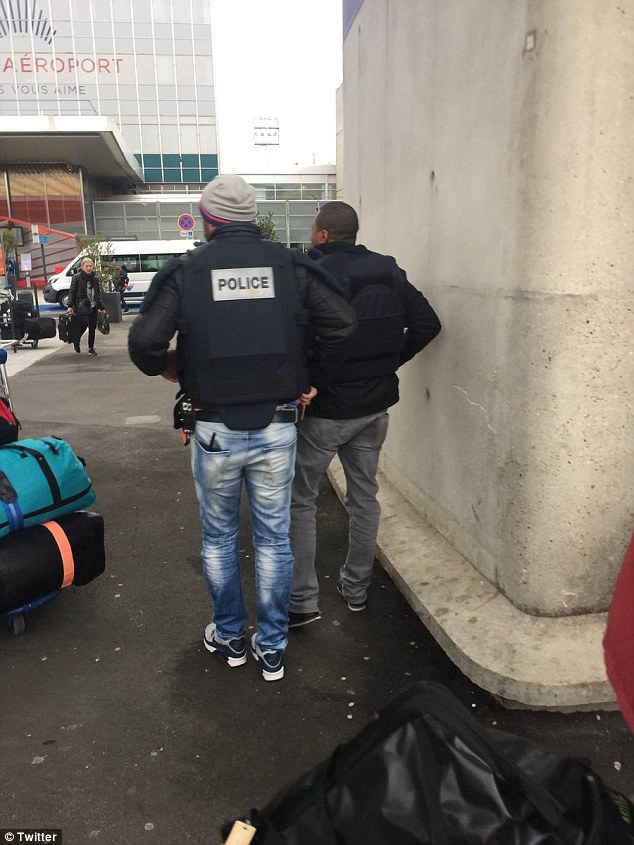 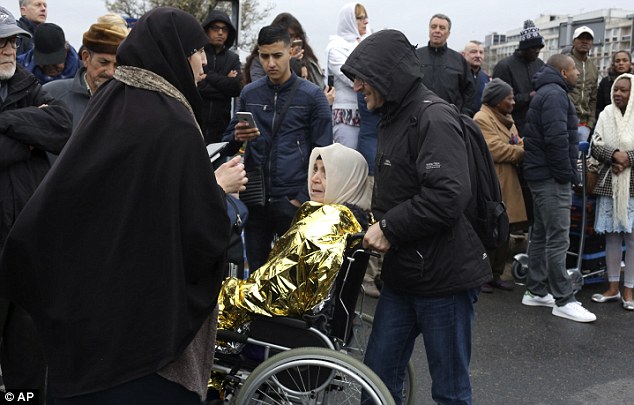 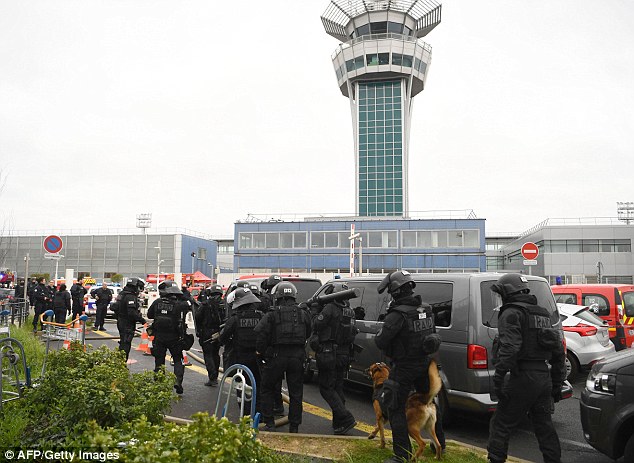 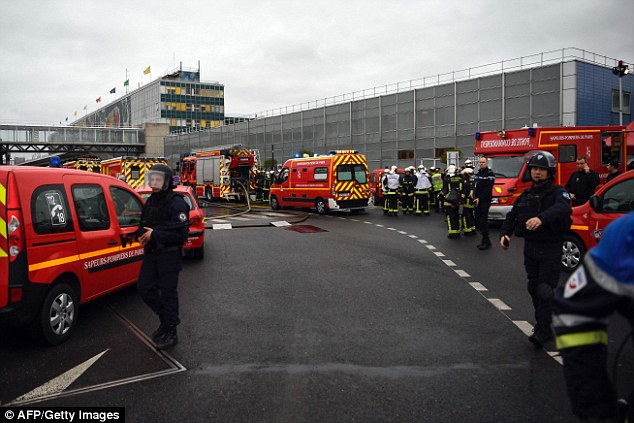 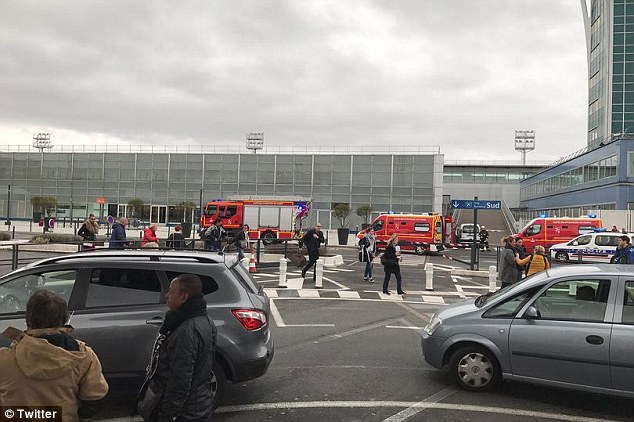 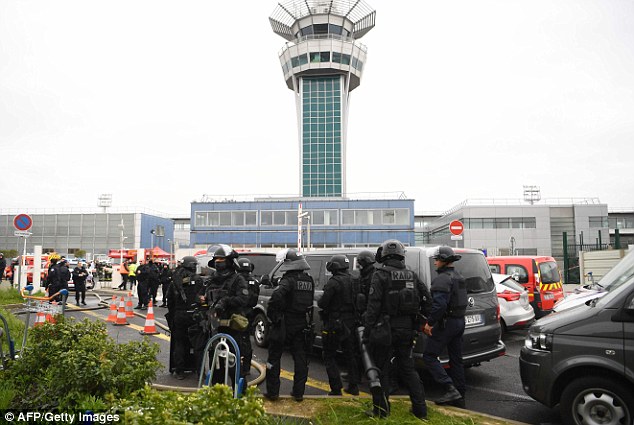