Wajid – (warsoor) – Wajid district is one of the districts in Bakool region in the administration of the Southwest State and it is the only district which is besieged by the terrorist group Al-Shabab and there is limitation to essential human needs in the district. 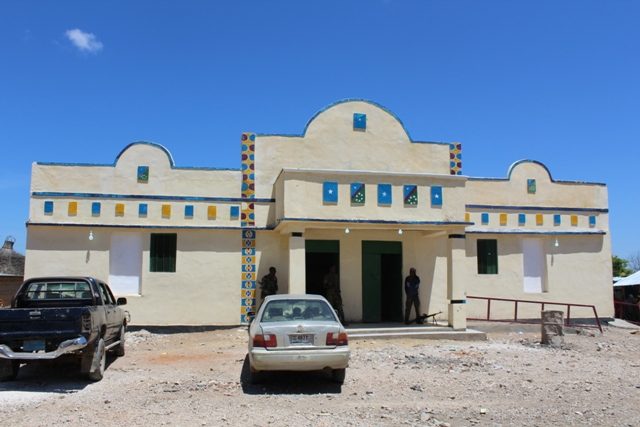 The government of the United Kingdom has given development projects fund to a Norwegian organization by the name Nordic International Support Foundation which has implemented the development projects in Wajid district as part of the sustainable project funds donated by the UK for Somalia.

So far the done projects are the establishment of a big multiple market, judiciary building, rehabilitation of wells and farms which have already yield varieties of fruits and vegetables

Kassim Gabow Duale the country representative for Nordic International Support Foundation went to Wajid for the official hand over of the done projects to the local administration in the district.

“It is great honor for me that we have eventually successfully completed the parallel development projects we have implemented in Wajid district, there are number of district in Bakool region which didn’t get this kind of opportunity, so I will urge the locals in Wajid district to make use out of the little thing we have done for, and hopefully we shall be carrying out other development projects in the district” said honorable Kassim Gabow Duale.

The district commissioner of Wajid district Mr. Abdullahi Adan Sanqoor has thanked the government of UK which is the donor agency and Nordic International Support Fund which is the organization which has implemented the projects.

Asho Sheikh Abdullah the Chairlady of Wajid Women Group has as well added that, despite the district is under the siege of Al-Shabab yet they can feel the tremendous change and urged the natives from Wajid in overseas to invest their town.