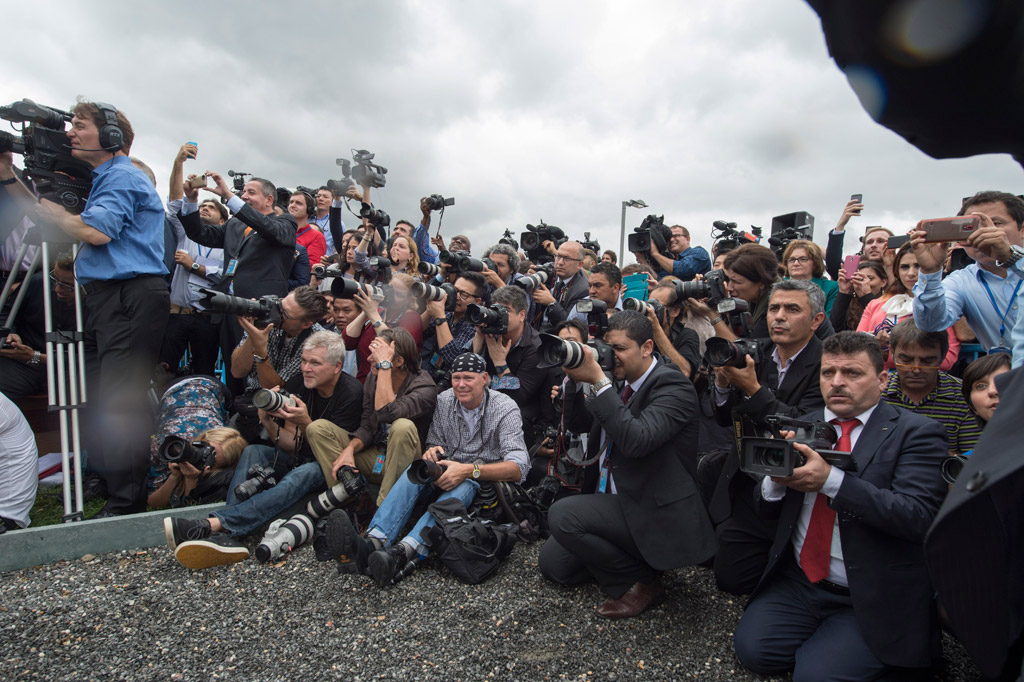 “The trend of arrest and detention of journalists and other media workers seems to indicate an intention to intimidate or harass journalists and media owners which inevitably leads to self-censorship or to media workers eventually leaving the profession,” says the reportproduced jointly by the UN Assistance Mission in Somalia (UNSOM) and the Office of the UN High Commissioner for Human Rights (OHCHR).

Somalia has made great progress in recent years, after decades of conflict and violence,” said Special Representative of the UN Secretary-General for Somalia and head of UNSOM, Michael Keating, in an OHCHR news release. “But Somalis continue to suffer multiple human rights deficits. They need and deserve accountable institutions.”

“Strong, independent and critical journalism is a vital element of any democratic State,” said UN High Commissioner for Human Rights Zeid Ra’ad Al Hussein. “Attacks against individual journalists and media organizations have a deeply corrosive impact on democracy, with profoundly negative repercussions on freedom of expression and human rights in general.”

The UN human rights chief urged the Somali authorities, both at the Federal and State levels, to take prompt action and ensure that all violations of the right to freedom of expression, including the various serious attacks perpetrated against media workers, are fully investigated, irrespective of the identity of the perpetrators.

The report says that 2016 represents a “critical juncture in Somalia’s political transition,” and highlights the encouraging progress towards more inclusive elections and accountable government since 2012, including the rebuilding of State institutions and the adoption of important new laws, including one on political parties and one on the creation of an independent National Human Rights Commission.

The report, however, states that freedom of expression, which plays a central role in the building of democratic States, especially in times of political transformation, remains significantly limited, documenting 120 cases of arbitrary arrest and detention of media workers between January 2014 and July 2016.

Despite the “vibrant media culture” in Somalia – which hosts more than 90 media outlets and scores of websites and blogs – numerous violations aimed at journalists and political leaders are documented, including killings, attacks, arbitrary arrests and detention, intimidation, harassment, closure of media outlets, confiscation of equipment and blocking of websites.