UK – (warsoor) – A report sanctioned by the British government has said that the country has failed to keep up with the changes brought by immigration.

Dame Louise Casey published her findings on Monday more than a year after the report was commissioned by the former Prime Minister David Cameron.

The report raised concerns about the economic and social plight of many ethnic minorities living in Britain, but also strongly criticised cultural attitudes within those communities, specifically among Muslims.

Casey said “Cultural and religious practices” were holding many women within those communities back from making progress.

Speaking to BBC Radio 4 on Monday morning, Casey, a former government official, blamed, the “misogyny and patriarchy” of some men in Muslim communities for leaving women socially and economically isolated. 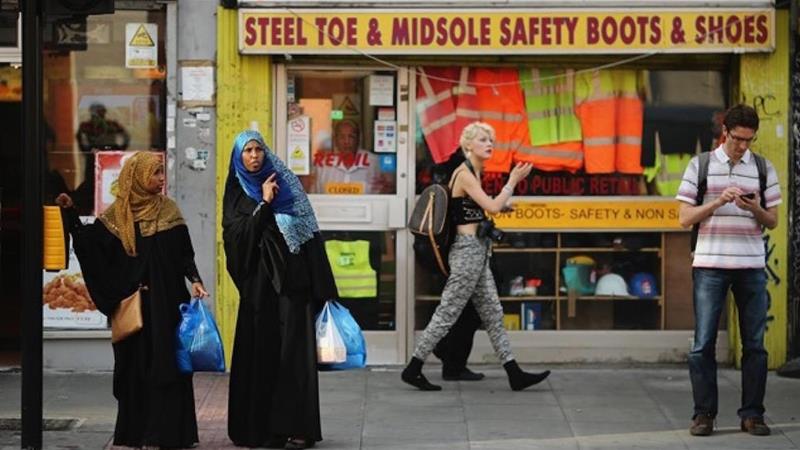 She said such practices ran “contrary to British values”, and sometimes broke the country’s laws.

Casey set out a list of recommendations to address the issue, that included making new immigrants swear an oath to integrate into British society.

Responding to the report, the Muslim Council of Britain, said it would “carefully consider the details of Dame Louise’s findings and offer a substantive response” despite it being “championed by those who pursue a divisive agenda”.

“Any initiative that facilitates better integration of all Britons should be welcomed, and we certainly endorse the few, fair and supportable suggestions proposed by the Casey Review,” said the council’s chairman Harun Khan.

“This includes the promotion of the English language … and a range of measures to tackle exclusion, inequality and segregation in school placements.”

Khan said religion could be used to fight cultural practices such as forced marriages, but warned that the report failed to address the role played by white British communities in segregation.

“We need to improve integration, and it needs to involve the active participation of all Britons, not just Muslims.”

“As former Prime Minister David Cameron has stated, “integration is a two-way street”. The report has little discussion on white flight, and could have delved deeper into the economic structural barriers to integration.”

The Casey report drew positive reaction from across the political spectrum but for disparate reasons.

Far-right groups and populist newspapers focused on the report’s findings on the Muslim community, specifically the high concentration of Muslims in certain areas.

Labour Party MP Chuka Umunna said that the report demonstrated how the “lack of integration adversely impacts” society as a whole.

“Above all, it is sapping our communities of trust at a time when, in an uncertain and changing world, it is all too easy to blame ‘the other’ for all our problems.”

The UK’s Communities Secretary Sajid Javid praised Casey for her “valuable contribution” and said he would be studying her findings “closely”.

“Our country has long been home to lots of different cultures and communities, but all of us have to be part of one society – British society,” Javid said.