“The reason Somaliland functions as a state is because it has built its own inner peace from top to bottom..”

London – (warsoor) – Since the fall of the dictatorship of Siyad Barre in 1991 and the outbreak of civil war in Somalia, the territory north of the country corresponding to the former Protectorate of British Somaliland has claimed its recognition as an independent state. In spite of substantiating its claim in the same legal terms that encouraged the decolonization of the rest of the continent, at the moment it has not been able to obtain the international recognition of its independence like sovereign state. There is undoubtedly a fear, especially on the part of other African states, that this feeds more secessionist projects. Somaliland, however, has in fact functioned as a state since the insurgency against the Mogadishu government, the Somali National Movement, proclaimed in May 1991 a break with Somalia and the creation of the Republic of Somaliland. The society of Somaliland then turned to a process of reconciliation and national construction, and although the path since then has not always been peaceful, has meant the consolidation of a political project on the margins of Somalia.

The international dimension of this process is visible both in the historical roots of its claim and in the opportunity opened for it with the end of the Cold War, which helps to understand the fall of Siyad Barre and subsequent evolution of Somalia. This international dimension is also key because the independence of a state depends on its recognition by third countries, and because a fifth of the 5 million Somalis live outside the country (mainly in the United Kingdom, Sweden, Norway, Denmark, the Germany, Canada, Australia, the United States and the United Arab Emirates, as well as in other countries in Europe, Asia and the region). That is why diplomatic ties are vital for Somaliland, and although their representatives abroad can not officially be called ambassadors, in practice it is the role they play. Their work seeks primarily to make known and defend their cause.

Last September we had the opportunity to meet the Ambassador of Somaliland in London. The occasion arose on the occasion of the presentation in Madrid of the documentary Huellas en la Arenaproduced by Ebano Media, in which Madrid’s Hayat Traspas recounts the search for her father’s roots from Madrid to Somaliland. The presence of Ambassador Ali Aden Awale in the presentation of the documentary reflects the importance of the diplomatic and international dimension of the struggle for the recognition of its independence. We took advantage of the opportunity offered by the presentation of the documentary to carry out this interview with the objective of approaching the country’s demand for the recognition of its independence, its international ties and its internal political situation. 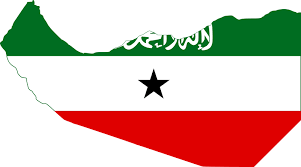 Claiming independence for Somaliland has historical roots, what are they?

Somaliland is a former British protectorate. It gained independence in 1960 and was recognized as an independent state. However, according to the desire at that time for Somalis to live in a single state, Somaliland voluntarily joined the former Somali colony of Italy to form the Somali Republic.

The union turned out to be a disaster for Somaliland, given that our people were marginalized in the new state. In 1969, Siyad Barre deposed the Government of Somalia with a coup and began a policy of repression calculated against the people of Somaliland. When the Somali National Movement (mainly Somaliland) launched its armed resistance to the oppressive regime of Barre in the 1980s, the Somali armed forces bombed Somaliland, completely destroying its capital, Hargeisa, as well as other large cities, killing a few 50,000 people and displacing another 500,000.

In 1991, following the fall of the Barre regime and the total collapse of the Somali Republic, Somaliland decided to re-establish itself as an independent state. Since then, it has established and maintained peace and stability, and has organized democratic parliamentary and presidential elections. Somaliland, therefore, contrasts with Somalia, which remains a failed state without effective government, and marked by a series of disastrous humanitarian crises. Its inhabitants are united in their desire to live in an independent state, and strongly oppose reunification with Somalia.

The independence of Somaliland is also marked by the regional context. Could you explain the impact of the regional situation on the country’s political project?

The reason why Somaliland functions as a state is because it has built its own inner peace from top to bottom, and has inclusive and democratic institutions based on universal suffrage. Somaliland has made considerable progress in its 25 years as an independent state.

Somaliland is actively involved in the fight against terrorism, piracy and extremism in the Horn of Africa. We spend a large part of the government’s budget on security and work with other countries in the region and the international community to combat terrorism.

Fortunately, piracy off the coast of Somalia has declined in recent years. Somaliland has played a crucial role in international efforts to combat this scourge. He has participated in the International Contact Group on Piracy on the Coast of Somalia as well as in the Kampala Process. Our capital, Hargeisa, houses an office of EUCAP Nestor, which works to improve the maritime capabilities of the region.

Despite not having gained international recognition, Somaliland has deployed diplomatic missions, in which countries? What is Somaliland’s network and diplomatic strategy? Focusing more specifically on the region, could you tell us about Somaliland’s relationship with its Horn of Africa neighbors?

The Republic of Somaliland has diplomatic missions and representatives in more than 15 countries, particularly in Africa and Europe, as well as in the United States, Australia and Canada. We have fully operational diplomatic missions in the United Kingdom, Ethiopia, Djibouti, Kenya, the United Arab Emirates and the United States. We also have representatives in Belgium, Sweden, Norway, France, Canada, Australia, Yemen, China and South Sudan. Somaliland officials in these countries are leading the search for justice that our people deserve, leading our broad diaspora in their host countries and connecting them with their land. Our representatives are also a link with the host countries to increase the knowledge of these countries on the successful political and economic development that is taking place in Somaliland.

We also work closely with neighboring countries in areas such as security as well as trade and development. Our key partner in the region is Ethiopia, with a population of over 80 million people, who need to access our 850 kilometers of coastline for their imports and exports.

Somaliland has also developed relations with international institutions, what are the main institutional counterparts in the political and economic spheres?

While we have good relations with many institutions willing to work with us, and organizations such as the United Nations and the European Union are working extensively to help Somaliland in economic matters, they are a bit negative when it comes to helping in the political arena. They do not do enough to help in our talks with Somalia, which seek to find a durable solution to Somalia’s refusal to accept the reality of the situation, that is, that of two neighboring states as in 1960. The African Union is aware of the facts On the ground, but does not have the courage to approach it without a signal of the main powers.

The experience of Somaliland seems to point to the possibility of achieving peace in Somalia. What are the peculiarities of the Somaliland experience that differentiate it from Somalia and what could be the lessons learned or elements that could contribute to resolving the conflict in Somalia? Are there open talks with Somalia?

Somalia and Somaliland have their cultural differences. However, we have much in common and we can help achieve a lasting solution in Somalia, but only once we are recognized. If we try now, we will be seen as part of that failed state. We in Somaliland have the experience of the conferences we had in the early 1990s from which the country was born.

Talks with Somalia are at a standstill as the mandate of the current government is over and they are in the process of forming a new government. We hope that the talks will resume once they have it and that they will sit down to the table more committed to discussing the central issue, that is, the cancellation of the union and the solution of two states. I believe that the recognition of Somaliland as a brother neighbor will subsequently help the Somalis to resolve their differences when they realize that the waiting game is over for Somaliland and that the illusion of any internal void left by Somaliland vanishes by Recognition.

The establishment of the frontier with Puntland is a thorny issue in relations with Somalia, since Puntland does not recognize the historical demarcation; Apart from this, there are also local demands for greater autonomy in the regions of Sool and Sanaag.

What is the position of the Government of Somaliland in relation to the border with Puntland?

Our border with Somalia is in accordance with the rules of the African Union insofar as it is a frontier inherited from the colonial powers. No doubt about it. The claim of Puntland is a dangerous game based on tribal affiliations that can jeopardize peace throughout the region. The Somali tribes that inhabit parts of Ethiopia, Kenya and Djibouti and that claim territory of another country simply because the people there have tribal relations is absurd and dangerous.

With regard to the demands of the population of Sool and Sanaag of Somaliland, our government is willing to listen to and receive any legitimate request from every sector of our society in the country. In fact, a conference is planned between the government and community leaders in those areas in which all aspects will be discussed and discussed.

The next general elections in Somaliland were originally scheduled for 2015, but were delayed until March 28, 2017, and limited to the presidential election, postponing the parliamentary elections. This, coupled with the tensions of 2012 during local elections, has generated some concern, both local and international, about the state-building process in Somaliland and especially its democratization process. What are the prospects for the next elections in relation to democratic consolidation? What are the main issues facing the current state-building process?

Elections are important and complicated processes, especially in a country like Somaliland without political recognition, limited financial resources and an international economic blockade. Even with all these factors against us, we remain committed to the electoral processes and will elect our 5th president on March 28, 2017, a rare occurrence in our region. I think those who criticize us should look 25 years ago and find out where we came from until becoming one of the best African democracies.

Yes, we are aware that some friendly countries and one of the local politicians have raised some concerns about the separation of parliamentary and presidential elections, but President Ahmed Mohamed Silanyo knows the importance of holding a successful election more than any outside power, And showed great leadership in deciding to separate the presidential and parliamentary elections after consulting all parties involved, who recommended and promised to support the president’s decision. I think the President has made the right decision on this important matter.

I would also like to remind the international community that we have maintained 25 years of peace and stability in making our own decisions in a thoughtful way on important issues like this and that we do not like being forced to make decisions that can put in check the continuous progress that we are doing. Somaliland is committed to holding presidential elections on March 28, 2017 and needs help to do so, not pressures that could derail the entire democratic process.