Muqdisho – (warsoor) – The Intergovernmental Authority on Development (IGAD) in Eastern Africa has commended Somalia for implementing the roadmap towards its first election this year since 1984.

In a communique issued in Mogadishu on Tuesday after the 28th Extra-Ordinary Summit of IGAD held for the first time in Somalia since its inception in 1986, the host nation was advised to “ensure a credible, transparent and inclusive electoral mechanism towards a peaceful and democratic transition”. 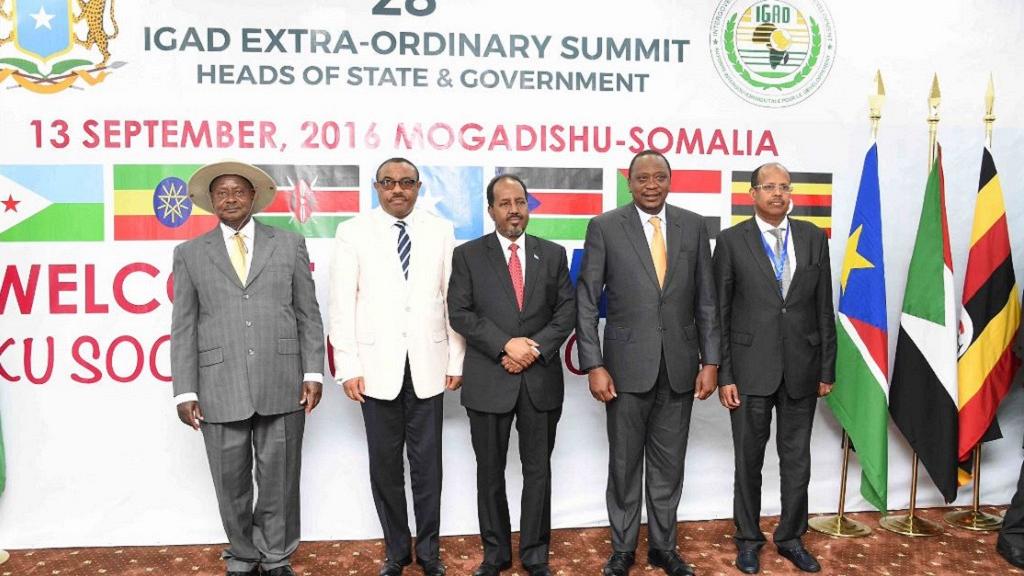 Somalis were encouraged to participate in the electoral process while requesting the African Union Mission in Somalia (AMISOM) to provide all necessary security during the process.

“We call upon AMISOM troops and the Somalia Security Forces to expand their operations, deal with evolving terror threats and immediately recover the remaining areas controlled by Al-Shabaab,” IGAD added.

On the refugee issue in the region, IGAD encouraged the voluntary return of Somali refugees to help build their nation while condemning those “seeking to destabilize the security, peace and stability of the country”.

“We urge all Somali actors to embrace the process of bringing back normalcy to the country,” it added.

Somalia is scheduled to hold its parliamentary elections on September 24 and October 10 for its two Houses. The elected parliamentarians will then elect the president on October 30, 2016.

Per the system in the East African country, Somali clan elders select an electorate of some 14,000 delegates, who will be organized into electoral colleges and will elect the 275 members of parliament. 30 percent of the number is reserved for women.