Muqdisho – (warsoor) – Somalia’s president replaced his security chiefs on Thursday and called on al Qaeda-linked al Shabaab insurgents to surrender within 60 days in return for education and jobs.

“We have ordered all the security forces and military to be ready for making peace and today there is a new change in the military commanders, security officials,” Mohamed, dressed in military uniform, told reporters.

Somalia has been at war since 1991, when clan-based warlords overthrew the president then turned on each other. A widespread drought has brought the country to the brink of famine and the U.N. says half the population will need aid by July.

Mohamed named a new military commander, director of national security and intelligence, commander of police and a new head of prison forces. He also appointed a new mayor for the capital Mogadishu.

U.S. forces have been carrying out drone strikes in Somalia in support of the government. Trump has given his military broader powers to attack militants even if they are not engaging partnered forces. 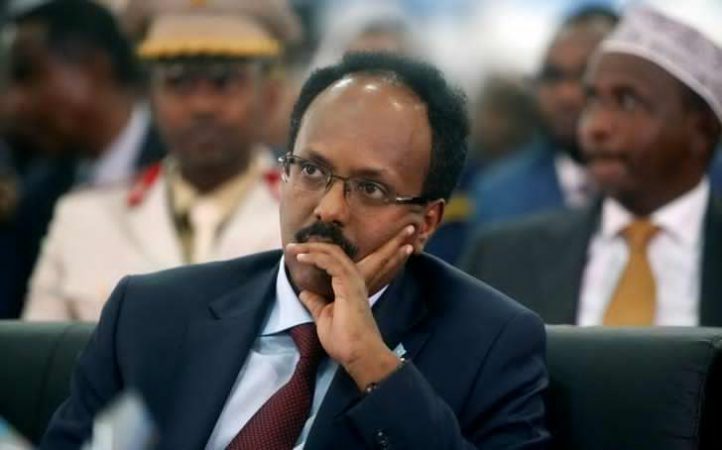 Mohamed did not mention the new U.S. directive, but emphasized that Somali troops should take the lead and added in a statement: “We want to pardon the Somali youth who were misled by al Shabaab.

“The government cordially welcomes them. We shall give them education; we shall create jobs for them. We do not want to kill our youth. We urge you again to leave al Shabaab as soon as possible.

Al Shabaab, which aims to impose its own harsh version of Islam in Somalia, is carrying out increasingly deadly bombings despite losing most of its territory to a 22,000-strong African Union peacekeepers supporting the Somali government.

The group aims to expel the peacekeepers and topple Somalia’s Western-backed government.

Among the new president’s chief challenges will be paying his military, who rampaged through the streets of Mogadishu earlier this year, saying they had not received their $100 salaries for several months.