Mogadishu – (warsoor) – President of the Federal Republic of Somalia, H.E. Hassan Sh. Mohamud has on Thursday cut the ribbon of the new building of the upper house in Shibis district in Mogadishu, SONNA reported. 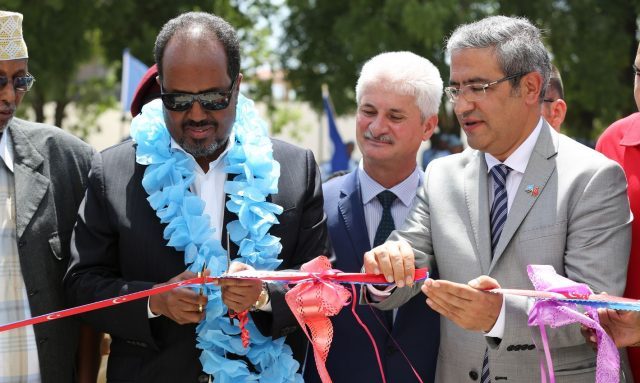 Turkish Ambassador,Olgen and the new members of the upper house of the parliament and other government officials attended the opening occasion.