Mogadishu – (warsoor) – The President of Somalia H.E. Hassan Sheikh Mohamoud has on Sunday officially signed the multiparty system in the country which was signed by the Somali lawmakers in June the year 2016.

The event which was attended by government officials and member from the civil societies took place at the State House. 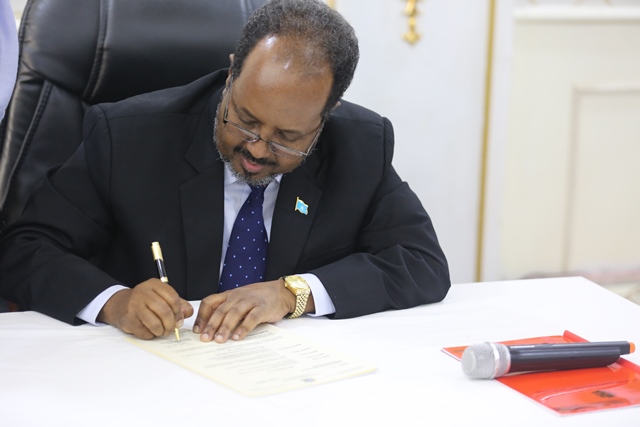 This law of multiparty system in the country which has went through different stages was prepared by the Ministry of Internal Affairs of the federal republic of Somalia, and the signature of the president comes at a time when there will be election in the country.

The Somali President Hassan Sheikh has formed the first political party in Mogadishu which is known as Peace and Development Party, which lead him to be the President of Somalia in the year 2012.