Mogadishu – (warsoor) –  The President of the Federal Republic of Somalia H.E Hassan Sheikh Mohamoud and a delegation he is spearheading has on Saturday taken off to Djibouti, and safely reached at Hassan Gulled International airport in Djibouti.

The Somali delegation was cordially received at the airport by the President of Djibouti His Excellence Ishmael Omar Gelleh, and was taken to the State House. 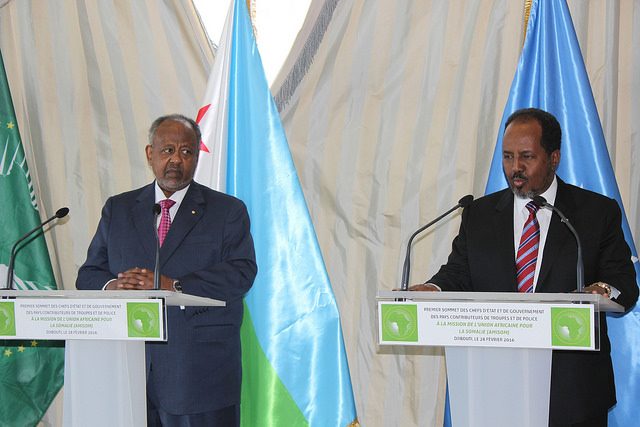 The purpose of the high level of the Somali delegation in Djibouti is to attend the inauguration ceremony of the President of Djibouti, who has recently in landslide won the Presidential election in the country.

On the other hand it is highly expected that the two head of states will discuss about the strengthening of the cooperation between the two countries.