Hargeisa – (warsoor) – The Government of the Republic of Somaliland condemns in the strongest terms the thoughtless and misguided remarks made by the President of Somalia on 21.9.2016, concerning the recent agreement between the two Governments of the United Arab Emirates-UAE and Republic of Somaliland (on 5th September 2016) in which the multinational Dubai Ports World-DPW has been contracted to invest, manage and develop the Port of Berbera.

The Government of Somaliland reminds President Hassan Sheikh that the Republic of Somaliland is an independent and sovereign country, governed by a popular elected President and Parliament thus fully in-charge of its affairs without let or hindrances from any quarters whatsoever. Therefore, it is unacceptable for both citizens and government of the Republic of Somaliland to have foreign government’s interference in their country’s internal affairs as well as in socio-economic and political developments as happened recently when President of Somalia insinuated on the development of our main Port of Berbera.

Despite 25 years of non recognition internationally, the people and government of Somaliland have worked tirelessly to achieve prevalent security, peacefully co-existence and enhance livelihoods of citizens by sheer strength of perseverance.

In the same quarter of a century since its withdrawal from 1960 voluntary Union with neighbouring Somalia and notwithstanding the insecurity surrounding it, the Republic Somaliland has engaged ever since in a very successful democratization process that has ensued with two local council, two presidential and one parliamentary elections that have been termed by international observers as free, fair and transparent.

However, the International Community remains defiant of recognizing the sovereignty of Somaliland; despite all glaring facts the Government of Somaliland has not rested in its laurels towards utilizing every available opportunity to alleviate livelihoods for its citizens.

In reference to the recent agreement between the governments of the United Arab Emirates-UAE and Somaliland (on 5th September 2016) in which the Multinational Dubai Ports World-DPW has been contracted to manage and develop our main port, President Hassan Sheikh argues that only his administration based at Villa Somalia has the authority to enter such agreements, stating that “the port of Berbera” is an asset of the Federal Government of Somalia!!” The Government of Somaliland affirms to the International Community that nobody in Mogadishu, not now -or ever in the future– has the authority to act or to represent (politically as well as economically) on behalf of the people and country of Somaliland. 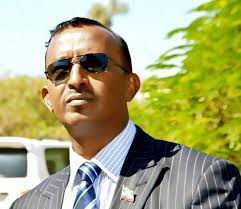 The sovereignty of Somaliland is irrevocable and non negotiable for whatever reasons and at any time ever, least of reunion with Somalia. Furthermore, the independence and nationhood of Somaliland is also an important prerequisite to peace, security, democratization, trade and development in the Horn Africa region.

Therefore, it is absurd that the ruler of the Villa Somalia administration still clings to a fanciful, unrealistic and problematic union with Somalia which has caused nothing else but destruction and lost opportunity for millions. The President of Somalia should be very realistic and must accept the inevitable and irreversible reality: Somaliland’s independence and sovereignty is a fact. The history shall not repeat itself; the fate of the union is sealed off for good and forever.

On several occasions President Hassan Sheikh and his administration in Villa Somalia are directly involved in machinations towards the destabilization of Somaliland through supporting activities detrimental to our security, peaceful co-existence among citizens, economic growth and development both social and political. The Authorities in Somalia must immediately cease all acts geared towards destabilizing Somaliland and instead embark on viable means of eliminating continued political and security problems in their country.

The government of the Republic of Somaliland is aware and prepared to counter those groups funded by Villa Somalia for the country’s sovereignty and security of its people remains paramount. To President Hassan Sheikh, his administration and supporters we hereby wish to inform you that:

Apart from the continued insinuations that the Federal government based at Villa Somalia has authority over Public Assets in Somaliland, President Hassan Sheikh adds salt to injury by alleged participation of our country in the ‘SO CALLED ELECTIONS’ (it should be referred as to: SELECTION), planned for the war torn nation this coming October.

The Government of Somaliland takes this opportunity to reiterate that Somaliland is not only a sovereign and peaceful country but one with a successful democratization track record. Somaliland is a thriving and durable democratic society with multi-party system that has witnessed multiple peaceful transfer of power. They’re for the government at Villa Somalia should take a leaf from this success done by Somalilanders single headily for similar success rather than preserver in futile endeavours to incorporate us in their uncertain project.