Mogadishu – (warsoor) – President of the Federal Republic of Somalia, H.E. Hassan Sh. Mohamud together with a delagation has on Monday traveled to Baidoa town, the administrative capital of Southwest state, SONNA reported. 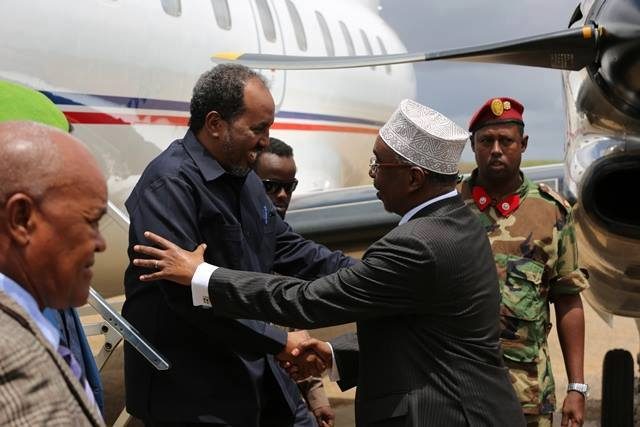 Sharif Hassan, President of Southwest State and other officials welcomed the president and his delegation there. President is expected to have talks with the administration’s office during their visit.

Such visit comes as Somalia prepares for parliament and presidential elections to happen from October up to November 30 and candidates are in campaign at moment.