North-korea – (warsoor) – North Korean leader Kim Jong Un said his country will not use nuclear weapons unless its sovereignty is infringed by others with nuclear arms, and is willing to normalize ties with states that had been hostile toward it, state media said on Sunday.

Isolated North Korea has made similar statements in the past, although it has also frequently threatened to attack the United States and South Korea, and has defied United Nations resolutions in its pursuit of nuclear weapons. 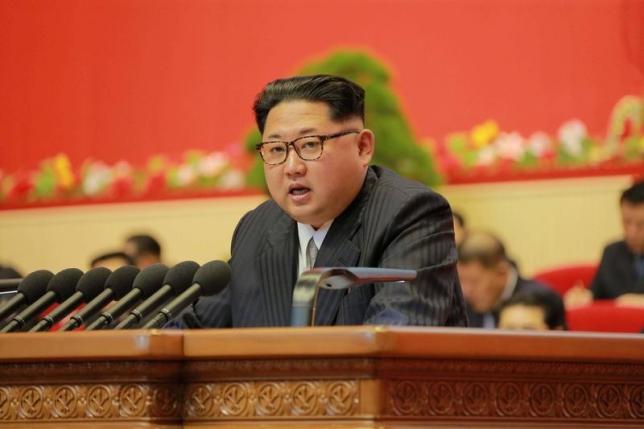 The North “will faithfully fulfill its obligation for non-proliferation and strive for the global denuclearization,” Kim said in a report to a rare congress of the ruling Workers’ Party (WPK) that opened on Friday, the KCNA news agency reported.

The first congress in 36 years began amid anticipation by the South Korean government and experts that the young third-generation leader would use it to further consolidate power. Kim became leader in 2011 after his father’s sudden death.

On Sunday morning, foreign journalists were told to dress presentably and were brought to the People’s Palace of Culture, where dozens of black Mercedes-Benz E-class sedans, with the 727 number plates reserved for the highest government officials, were parked.

However, after a one-hour wait in a lobby outside large wooden doors with frosted glass, the journalists were taken back to their hotel without having met any officials.

While the North Korean capital has been tidied-up as part of a 70-day campaign of intensified labor ahead of the congress, the 128 members of the foreign media invited to Pyongyang to cover the event had yet to be granted access to the proceedings.