Mogadishu – (warsoor) – Three mortar shells are confirmed to have been dropped in the main base, Halane for the African Union Peacekeeping troops in the Somali capital Mogadishu on Monday, but did not cause any casualties, SONNA reported.

“There was mortar shells that hit outside our base, but it did not cause any casualties, Operation is going on and we will know if there was a civilian casualties or not” AMISOM Force Spokesperson, Joe Kibet said.

Al-Shabab militants are believed to have carried out such terrorist attack against AU base in Mogadishu.

Somali National Army backed by the African Union Peacekeeping Troops removed Al-Shabab militants from the capital Mogadishu in 2011, but the group tries to undermine peace and stability in many towns in the south and central Somalia. 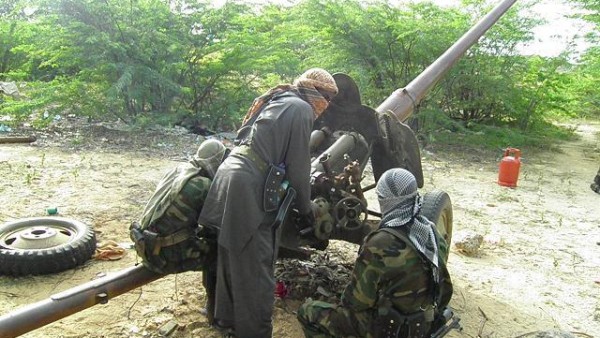