Eric Bailly insists Manchester United boss Jose Mourinho is the best manager in the world and says he wants to stay at Old Trafford for a “long time”.

The 22-year-old has endured a frustratingly stop-start sequence to his United career so far after suffering a knee injury in October’s 4-0 loss at Chelsea and has since returned to full training after sustaining a different knee injury in the 2-1 win at Crystal Palace earlier this month.

Bailly was Mourinho’s first signing at United following his £30m summer arrival from Villarreal and revealed that the opportunity to play for the club and work under the Portuguese were key factors in his decision to leave Spain.

“He’s [Mourinho] a great manager, the best in the world, it is a pleasure to work and learn with him. I hope it continues like this and that I stay at United for a long time,” he said. 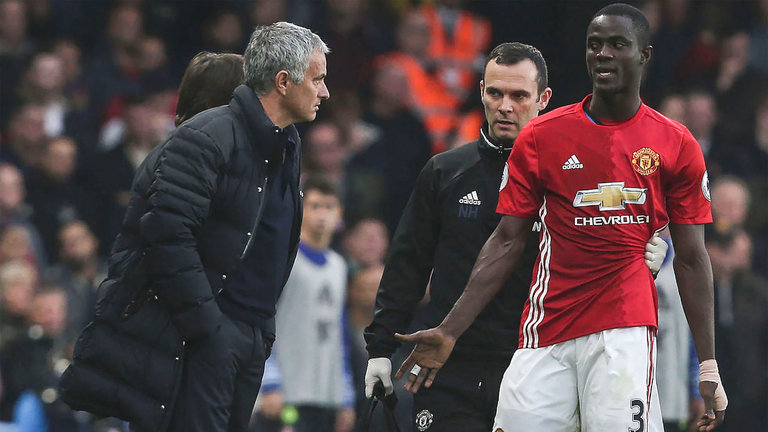 “I’m truly happy, with my team and my team-mates. Bit by bit, I’m getting to know more.”

On Wednesday the Ivory Coast defender was included in his country’s provisional squad for the Africa Cup of Nations in Gabon.

He will be looking to help his side defend their title when the tournament gets underway in mid-January, with their group also including DR Congo, Morocco and Togo.

Influential at the heart of the United defence, Bailly’s return from injury could also prove to be pivotal to Mourinho’s side’s Champions League ambitions next term, and he is keen to play his part in his first season in the Premier League.

Bailly played 46 times for Villarreal and has had to quickly get to grips with the different challenges between La Liga and the Premier League, which he accepts are unique in either league.

“From what I see, football in Spain, they also have a great League. La Liga is the best in the world, but here it is different, very direct, there is more contact and more strength,” he said.

“And like I said, little by little, and with more training under this manager, I hope to improve. Manchester is a nice place, I’m happy here.”