Turkey – (warsoor) – Turkey and Russia have prepared an agreement for a ceasefire in Syria, Turkey’s foreign minister said on Wednesday, adding that Ankara would not give up its opposition to President Bashar al-Assad staying on as leader.

The five-year-old Syrian civil war raged on, with heavy casualties reported in the siege of a town held by Islamic State, and the Russian embassy in Damascus shelled.

Turkish minister Mevlut Cavusoglu’s comments appeared to signal tentative progress in talks aimed at reaching a truce. While the insistence on Assad’s departure could complicate negotiations with his biggest backer, Russia, another Turkish official did not rule out a transitional role for the Syrian president. 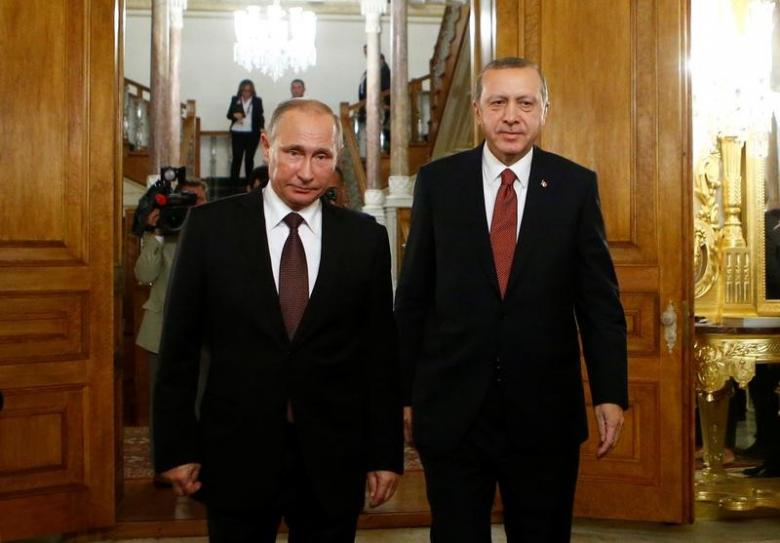 Russia, Iran and Turkey said last week they were ready to help broker a peace deal after adopting a declaration in Moscow setting out principles that any agreement should adhere to. Russia has said the next talks are set for Astana, the Kazakh capital.

“There are two texts ready on a solution in Syria. One is about a political resolution and the other is about a ceasefire. They can be implemented any time,” Cavusoglu told reporters in Ankara. He said Syria’s opposition would never back Assad.

“The whole world knows it is not possible for there to be a political transition with Assad, and we also all know that it is impossible for these people to unite around Assad.”

The Kremlin said it could not comment on reports of an agreement.

Last week, Russia’s foreign minister said Russia, Iran and Turkey had agreed the priority in Syria was to fight terrorism and not to remove Assad’s government – comments that suggested a shift by Turkey, which has long pushed for Assad to go.

Sources told Reuters that, under an outline deal between the three countries, Syria could be divided into informal zones of regional power and Assad would remain president for at least a few years.

“We put importance on the establishment of a transitional government and that it would be one that meets the demands of the Syrian people,” the official said. “Whether or not Assad will take place in the government will be discussed in the coming period.”

Assad will not be attending the talks in Astana, which are likely to be held at undersecretary level “at most”, the official added.

A senior rebel official said Moscow wanted a key rebel stronghold near the capital to be excluded from the ceasefire, a demand unacceptable to the rebels.

“Discussions are ongoing, with Turkish sponsorship, but the Russian enemy is trying to exclude the Eastern Ghouta (suburb) of Damascus from any attempt towards a comprehensive ceasefire in Syria that would be accepted by the revolution’s factions,” said Munir al Sayal of Ahrar al-Sham.

“It’s premature to talk about chances of success. The Russian enemy still has no clear position and repeats the regime’s demands.”

Sayal said it would be futile to hold talks unless the ultimate objective was to end Assad’s rule.

Russian Foreign Minister Sergei Lavrov said on Tuesday that the Syrian government was consulting with the opposition ahead of possible peace talks, while a Saudi-backed opposition group said it knew nothing of the negotiations but supported a ceasefire.

Russian officials have said invitations to participants for the Astana talks have not been sent out and the time has yet to be decided.

The talks would not include the United States and would be distinct from separate, intermittent U.N.-brokered negotiations.

Russia’s Foreign Ministry said on Wednesday that U.N. Special Envoy Staffan de Mistura had spoken by phone with Lavrov and supported the efforts to establish a ceasefire and new peace talks.

The Syrian opposition’s main political body on Tuesday urged rebel groups to cooperate with “sincere regional efforts” to reach a ceasefire deal but said it had not been invited to any conference.

The Turkish military said on Wednesday it had “neutralised” 44 Islamic State militants and wounded 117 as part of its operation in the northern Syrian town of al-Bab.

Rebels supported by Turkish troops have laid siege to al-Bab for weeks under an operation to sweep the Sunni hardliners and Kurdish fighters from its Syrian border.

Syrian Kurdish groups and their allies are set to approve a blueprint for a system of federal government in northern Syria this week, Kurdish officials said, reaffirming their plans for autonomy.

Kurdish groups have carved out self-governing regions since the start of the war in 2011, though Kurdish leaders say an independent state is not their goal.