UK –  (warsoor) – A man has been charged with murder in connection with the shooting of Labour MP Jo Cox.

West Yorkshire Police said Thomas Mair, 52, has been charged with the murder of the 41-year-old.

She was shot and stabbed outside her constituency surgery in Birstall, West Yorkshire, on Thursday. 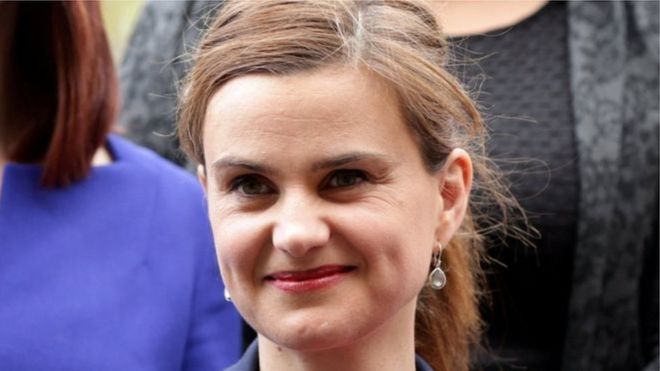 Mr Mair will appear at Westminster Magistrates’ Court on Saturday and faces a number of other charges, including grievous bodily harm.

Speaking on Friday, temporary Chief Constable Dee Collins said a 77-year-old man remains in a stable condition in hospital after he was injured when he “bravely intervened” in an effort to help the mother of two.

Vigils were held across the country on Friday evening as members of the public and politicians came together to lay flowers, light candles and stand in silence in memory of Mrs Cox.

The Prime Minister said the whole nation was “rightly shocked” at her death and called for people to “value, and see as precious, the democracy we have on these islands”. 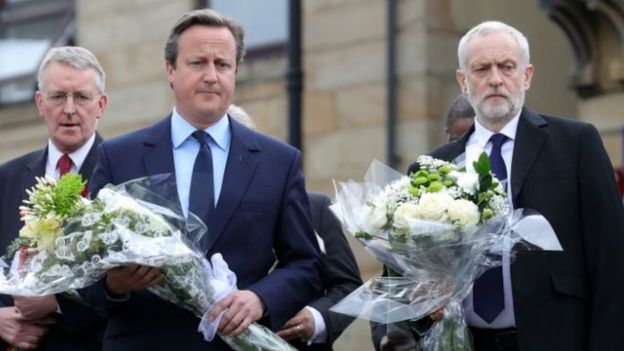 Politics is about public service and MPs want to “make the world a better place”, he said.

Labour leader Jeremy Corbyn described the former aid worker as “an exceptional, wonderful, very talented woman…. [who] had so much to give and so much of her life ahead of her”, during a joint visit to her home town.

Meanwhile, Downing Street has responded to a Daily Telegraph report that an unnamed female Conservative MP wrote to Mr Cameron last year raising concerns about the safety of her colleagues and attacks on her personally.

A statement from Number 10 said: “The Prime Minister replied to the letter and voiced deep concern about the attacks she had suffered.”

It said “action was taken at the highest levels of government” in response, and the Home Secretary had met the MP and the chief constable of the MP’s police force. A new security package for MPs had also been unveiled in January, it added.

Chris Bryant, Shadow Leader of the House of Commons, told BBC Newsnight he had warned Westminster authorities about “inadequate protection in their constituencies”.

“I’ve said in terms an MP will be shot. This will happen. And the truth is we all know we can’t guarantee that something like this won’t happen again but we need to make sure that we’ve taken all the proper precautions,” he said.

“I don’t think the system is right to be able to deliver real security… for constituents when they come to a surgery, for staff in MPs offices, for MPs. There needs to be a regular risk assessment.”

Tributes have flooded in from across the world to the “humanitarian with political nous”.

A White House statement said: “The president noted that the world is a better place because of her selfless service to others, and that there can be no justification for this heinous crime, which robbed a family, a community, and a nation of a dedicated wife, mother and public servant.”

Canadian MP Nathan Cullen, who was a friend of Mrs Cox, broke down with emotion as he paid tribute to the late MP in Canada’s House of Commons.

French Prime Minister Manuel Valls said on Twitter the killing was an attack on the democratic ideal.

The Remain and Vote Leave sides have suspended national campaigning in light of Mrs Cox’s death, while the Prime Minster confirmed Parliament would be recalled on Monday. The House of Lords has also been recalled to pay tribute to Mrs Cox.

Mrs Cox is the first sitting MP to be killed since 1990, when Ian Gow was the last in a string of politicians to die at the hands of Northern Irish terror groups.

She was married to campaigner Brendan Cox and had two young children, with the family dividing its time between its constituency home and a river boat on the Thames.

In a statement, he said: “Jo would have no regrets about her life, she lived every day of it to the full.

“Jo believed in a better world and she fought for it every day of her life with an energy and a zest for life that would exhaust most people.”

A fund set up in her memory has raised more than £218,000 for three causes which her family and friends said were close to her heart.