Israel – (warsoor) – An Israeli man convicted of murdering a Palestinian teenager in Jerusalem, a crime that helped trigger the 2014 Gaza war, was sentenced on Tuesday to life in prison.

Jerusalem District Court sentenced Yosef Haim Ben-David, who organized the killing of 16-year-old Mohammed Abu Khudair, to life, which in Israel usually means around 25 years, and an additional 20 years for other counts, to be served consecutively. 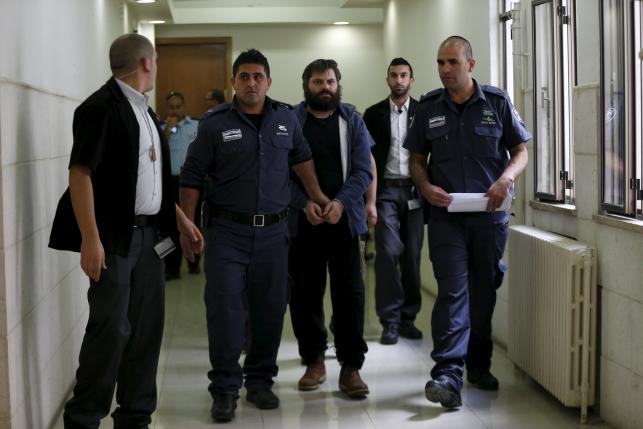 Two Jewish youths who helped Ben-David abduct the teen, who was bludgeoned, strangled and burned alive, were sentenced in February, one to life imprisonment and the other to 21 years.

All three defendants had confessed and said the July 2, 2014, murder was revenge for the killing days earlier of three Israeli youths by the Hamas Islamist group in the occupied West Bank.

Ben-David, 30, had lodged an insanity plea that held up his formal conviction and sentencing. After receiving psychological assessments, the court ruled he “fully understood his actions” and found him guilty last month.

Abu Khudair’s killing raised tensions, and a seven-week Israeli offensive against the Hamas-run Gaza Strip began on July 8, 2014, after cross-border Palestinian rocket attacks and an Israeli roundup of suspected militants in the West Bank.