Mogadishu – (wasoor) – Former Chief of NISA, Hassan Dhere has on Saturday survived from an assassination attempt which happened at key junction in the capital Mogadishu, SONNA reported.

Abdifitah Omar Halane, Spokesperson of Benadir regional Administration told SONNA that the official and his driver were injured in the attack while one of his security staff was killed in the attack. 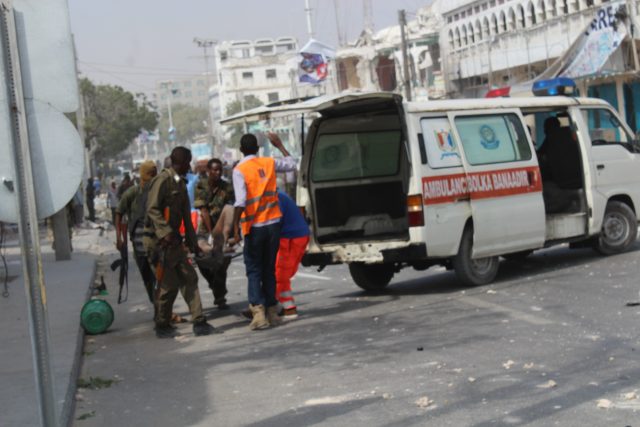 Gunmen believed to be Al-Shabaab militants opened fire to the vehicle of the former official at El-gabta junction in Hamar-jejab district in Benadir region this morning.

Security forces are conducting operation to find perpetrators who were behind the crime according to the officials.

Al-Shabaab group immediately claimed the responsibility of the attack.