A spokesperson for the Pakistan TalibanJamaat-ur-Ahrar faction claimed responsibility for the attack in town of Tangi in the district of Charsadda.

At least six people were killed and 15 wounded in Tuesday’s attack, according to police and hospital officials at the Tangi government hospital where the wounded are being treated. 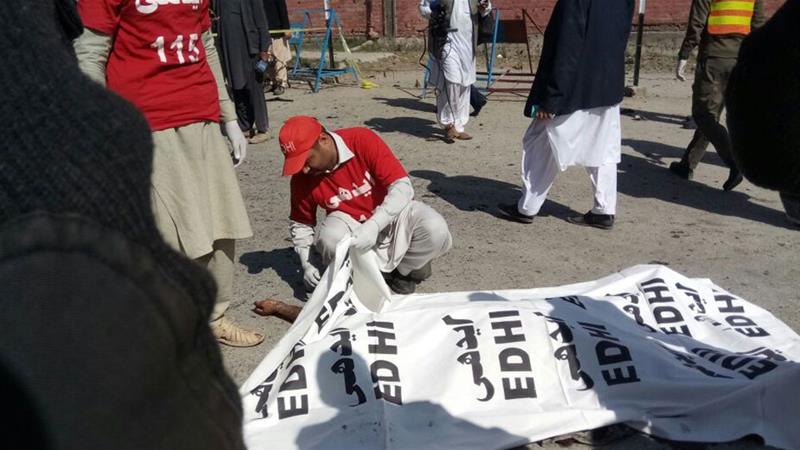 Three suicide attackers attempted to attack the court, but as they exploded their vests, they were shot dead at the gate, another police official, Sabz Ali, told Al Jazeera.

Police sources said a search operation was launched in the area following the blast. That search has now been completed and the area was deemed clear.

A wave of recent attacks has gripped Pakistan. Over the past 10 days, a string of bombings has killed more than 100 people.

In one of the attacks last week, dozens of worshippers gathered at a famed Sufi shrine were killed when an Islamic State of Iraq and the Levant (ISIL) group’s suicide bomber walked into the shrine’s main hall in the southern Sindh province and detonated his explosives. The death toll from that attack has since risen to 90.