It’s common knowledge that fruits and vegetables are important to our physical health (current USDA guidelines recommend 2½ cups of veggies per day, plus 2 cups of fruit). But you’ve probably never considered how eating an apple or some broccoli could affect your mood—until now. New research conducted by the University of Warwick in England suggests that loading up on produce can significantly improve happiness levels in as little as two years. The results are published in the American Journal of Public Health.

In hopes of motivating people to make healthier food choices, the researchers set out to determine whether increasing fruit and vegetable consumption creates short-term improvements in psychological well-being. Specifically, they considered how much happier people became with every extra portion, adjusting for changes in happiness and life satisfaction due to changing incomes and personal circumstances. 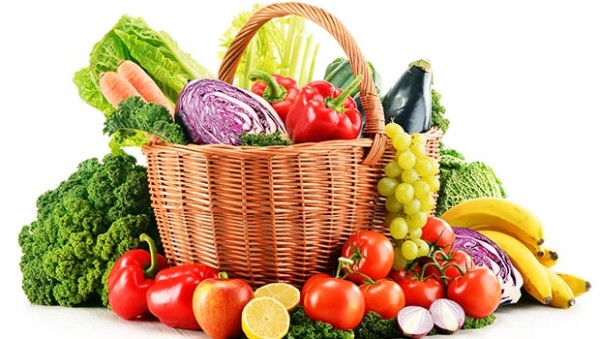 “People’s motivation to eat healthy food is weakened by the fact that physical health benefits, such as protecting against cancer, accrue decades later,” Andrew Oswald, lead researcher of the study, said in a statement.​ “However, well-being improvements from increased consumption of fruit and vegetables are closer to immediate.”

To test their hypothesis, the researchers examined data collected from 12,385 Australian adults, ages 15 to 93, as part of the 2007, 2009 and 2013 Household, Income, and Labor Dynamics in Australia Surveys. Participants answered the question: “Including tinned, frozen, dried and fresh fruit, on how many days in a usual week do you eat fruit?” as well as a similar question pertaining to vegetables. Possible responses ranged from 0 to 7 days per week, and for those who answered at least one day, a follow-up question inquired about the number of daily servings.

The researchers detected happiness benefits for every extra daily portion of fruit and vegetables consumed for up to eight portions a day. To give people a sense of what the biggest possible change in happiness would be, the researchers calculated that those who increase their consumption from little or none to eight daily portions would experience a psychological gain equivalent to moving from unemployment to employment. And though they found the changes to occur within 24 months, Oswald suspects it could happen even faster.

“I think the effects were probably much quicker, but we are not studying people every six months or every year,” he told RealSimple.com. “The size of the effect was very surprising to me after 40 years in applied statistics business. It is not easy to change human happiness by a lot, barring divorce or unemployment or severe illness.’

Though further research is needed to determine why, the researchers suspect it could have to do with folate, which may reduce depression; carotene (found in beets), which has been correlated with optimism; and microorganisms in the gut, which may be linked to happiness. No matter the exact reason, though, the link between fruits and veggies and happiness seems to operate much faster than the link between fruit and veggies and physical health, Oswald says—and there’s no reason to wait on incorporating more into your diet.

“I have raised my own consumption since seeing our equations come out of the computer,” he says. “I do it by thinking in the supermarket: now what colors of fruit and veg have I not had recently? I go for the rainbow-on-my-plate look.”