USA – (warsoor)  – Donald Trump is the next president of the United States after a long, bitter and divisive election campaign.

Projections early on Wednesday showed that Trump clinched victory over Hillary Clinton to become the 45th US president-elect after securing the 270 electoral votes needed to win.

Speaking to his supporters in New York after clinching victory, Trump said that Clinton had congratulated him on his win.

“I have just received a call from Secretary Clinton. She congratulated us on our victory … and I congratulated her and her family on a very very hard-fought campaign.”

Trump said it was “time for us to come together”, pledging to be president “for all Americans”.

Al Jazeera’s James Bays, reporting from New York, described the result as “a political bombshell that we haven’t seen in modern history”. 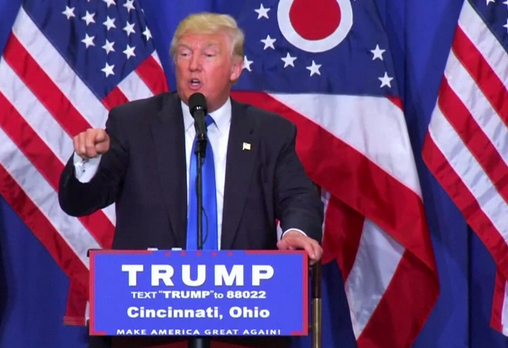 The 2016 US election caught the attention of hundreds of millions around the world with dramatic moments in the campaign grabbing headlines for more than a year.

Trump was seen as the least likely candidate to win in what was an extremely a tight race.

Since then, the billionaire businessman from New York has consistently alienated minority groups, refused to release his tax returns and remained seemingly unapologetic for leaked tapes in which he brags about sexually assaulting women.

Global markets fell as the projected results emerged amid fears that a Trump presidency could cause financial turmoil.

The dollar lost value against other currencies, and the Mexican peso saw its steepest dive in more than 20 years, plummeting 8 percent at one point. Oil futures also declined.

Clinton had a slim lead in the polls but no one was ruling out a Trump victory. A polling average by tracker site RealClearPolitics gave Clinton a 3.3-percentage point national lead.

The 69-year-old former first lady, senator, and secretary of state – who was backed by incumbent President Barack Obama – on Monday urged the country to unite and vote for “a hopeful, inclusive, big-hearted America” in her last effort to woo voters.

Trump, meanwhile, pressed his message with voters who feel left behind by globalisation and social change, wrapping up with a flourish on his protectionist slogan of “America first”.