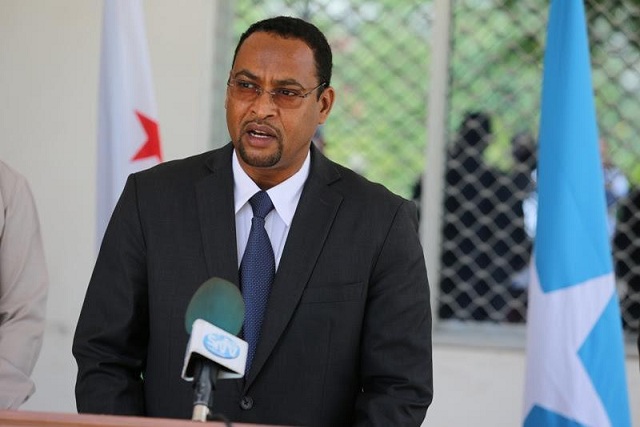 “Al-Shabaab terrorist attack at our army base in Beledweyne town in Hiiraan region yesterday on Tuesday will not discourage, we are committed to stand shoulder to shoulder with the Somali government and people and work peace efforts here”, Mr. Aden said.

At least 2 Djiboutian soldiers were killed and 5 others wounded after suicide car bomb attack in Beledweyne town where Djiboutian are based. 10 Al-Shabaab who attempted to enter into the camp were also killed on spot according AU officials in Mogadishu.