USA – (warsoor) – Republican presidential nominee Donald Trump faces a formidable challenge on Wednesday when he and Democrat Hillary Clinton go head to head in a third and final debate as Trump tries to reverse momentum in an election that polls show is tilting away from him. 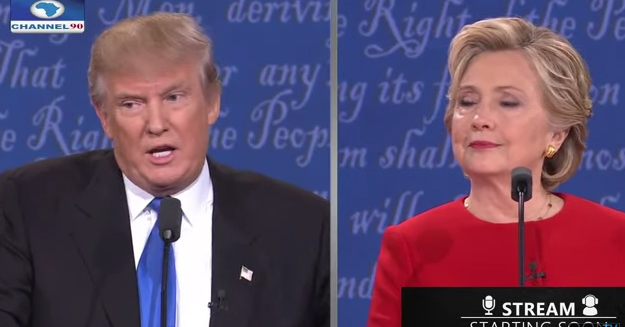 Trump has been damaged by accusations that he made unwanted sexual advances toward women – which he denies – and concerns about his claims that the election will be rigged against him.

The debate at the University of Las Vegas Nevada gives the New York businessman perhaps his best remaining chance to sway the dwindling number of Americans who are still undecided about which way to vote at the Nov. 8 election.

Trump campaign manager Kellyanne Conway acknowledged that her candidate goes into the debate, which starts at 9 p.m. EDT, as the underdog.

“It’s a comeback and he’s done it before several times in this campaign,” Conway said on Fox News, adding a jibe at Clinton: “Hillary Clinton just has not been able to put him away. What is her problem already?”

For Clinton, who leads national polls and in most of the battleground states where the election will likely be decided, the 90-minute debate is a chance to make a closing argument on why she is the best suited to succeed President Barack Obama.

“I can’t imagine what Donald Trump could do positively or a mistake Hillary Clinton could make to change the trajectory of this race,” Democratic strategist Steve Elmendorf said.