Mogadishu – (warsoor) – So far 5 people have been confirmed dead in a suicide attack in the early hours of Monday morning at Shangani district in Mogadishu.

Some few minutes after the explosion the spokesman of Banadir region Mr. Abdifatah Halane has briefed the press about how the incident has occurred, and the number of the casualties. 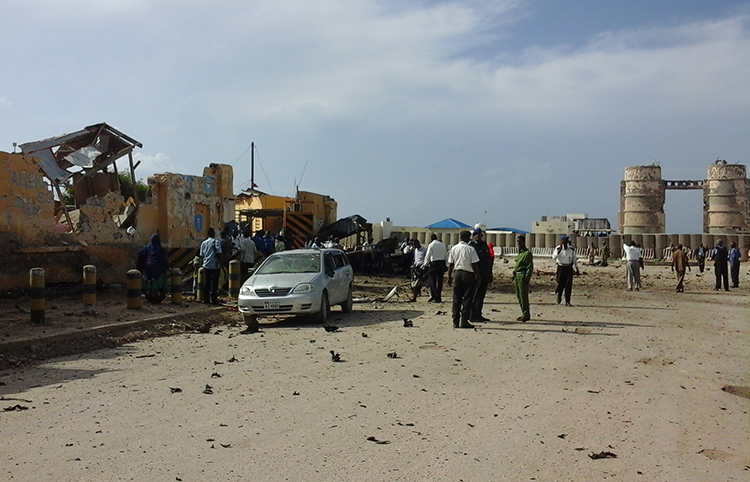 “Those cowards [Al-Shabab militants] have carried out barbaric terror attack in the early hours of Monday morning, and two of the deceased were two persons who were inside the exploded car, two police traffic constables and a civilian pedestrian” said Banadir region spokesman Halane.

The spokesman has added that the terrorist group would have caused much terrible, but were stopped by the brave Somali police who were on duty before they reached their target area which was the premises of the Somali Police traffic at Shangani district.

On the other hand the numbers of people who are verified to have been wounded in the attack are 8 people of different degree of wounds.

The Al-Shabab militias are often fond carrying out such barbaric terror attacks in the countrywide in particular where people converge.