Kenya – (warsoor) – While unemployment in Somalia has forced many young people to leave the country, Dahabshiil is turning around the lives of many unemployed youth in Somaliland capital Hergesa by funding their business ideas.

Dahabshiil, through its Microdahab program is providing Small Micro Enterprises funding to the youth to set up business. MicroDahab MFI is a microfinance subsidiary of Dahabshiil Group.

From barber shops to small scale farming, the youth are now engaged in business courtesy of the funding and according to a report on CCTV.

Abdirahman Osman Abdi, the Dahabshiil Micro finance manager says the project has turned around the lives of over 4,700 young men and women who have taken advantage of the program.

“We allow then youth to present their business ideas to Microdahab and based on the ideas we scale the financing limit to between 5,000 dollars to 25,000 dollars per business. They come up with an idea that can be financed with minimum risks and we offer the funding,” said Abdi.

“But the major objective is to create opportunities to the youth who are at risk of violence, migration and other social problems,” he adds.

From a small clientele base of only 250 youth, the program has now attracted 4700 young men and women and according to Abdi, the ripple effect has seen over 21,000 people benefiting directly or indirectly through the program.

Unemployment rate stands at over 70 percent in Somali, many have migrated to Europe, some die at the high seas trying to find a route to Europe hoping for a better life, but the Microdahab program has made many think twice about migrating. 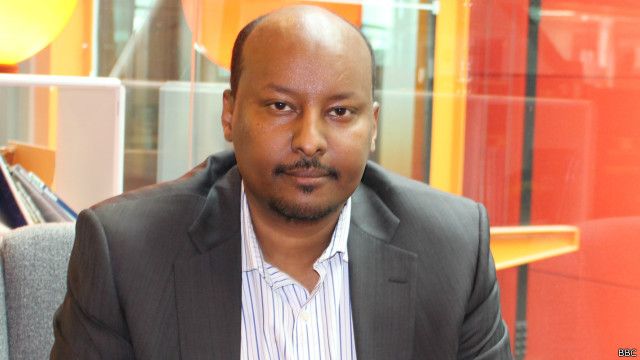 Last December, MicroDahab MFI announced a collaboration with SolarGen Technologies to create the first ‘ijarah thumma Iqtina’ (‘lease to purchase’) sustainable energy product in Somalia. The initiative enables clients to own a solar-powered water pump which would otherwise be prohibitively expensive for farmers and other small business owners to buy. MicroDahab’s potential for success is due, in large part, to making greener financing decisions informed by real knowledge of what is happening in climate-affected places.

Somalia is often cited as one of the most expensive countries in the world for electricity costs. For example, the average Somali farming village spends $80,000 USD in fuel costs to power generators for water every year. However, solar powered water pumps are estimated to achieve a cost saving of circa. $60000 USD per village per year.

Dahabshiil Group Chief Executive Officer, Abdirashid Duale says: “We introduced leasing products to transform the lives and fortunes of many communities in a socially responsible yet sustainable way. MicroDahab is bearing both the capital cost and risk of asset ownership, while our clients reap the benefits of using the water pumps, at minimal rents”.

The water pumps project was a pilot for a wider social impact agenda driven by Dahabshiil Group to provide enterprising micro business owners with access to machinery such as tractors and irrigation equipment coupled with an education programme to increase technical know-how among agriculture professionals.