USA – (warsoor) – The election of Ilhan Omar, the first Somali-American lawmaker, has been hailed as historic and great achievement for Somali and immigrant community in the United States.

Minnesota voters elected her in a state where the uneasy assimilation of large numbers of Somali refugees became an issue in the US presidential campaign especially by the president-elect Donald Trump.

Ilhan Omar, a 33-year-old former refugee who wears the hijab, ran uncontested for a seat in the legislature of the Midwestern state, home to a sizeable Somali population. 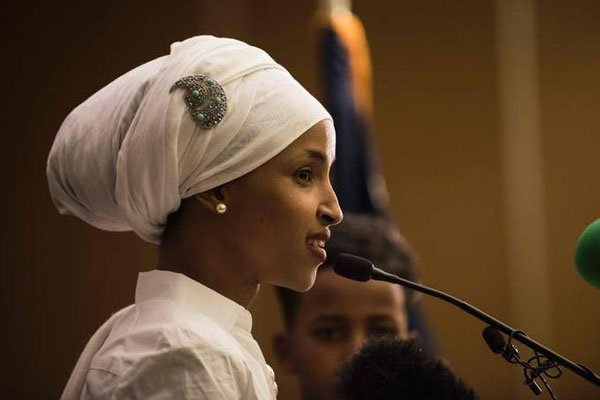 And as he congratulated Ms Omar on her electon victory, Dahabshiil’s chief executive officer Abdirashid Duale, said African diaspora communities across the globe are proud of her election, as it will encourage young people who aspire to work and do business anywhere in the world.

“We are proud of her election. It is also a huge show of confidence especially for immigrants who continue to impact positively on society. It is also presents a positive image of the United States, especially Minnesota, as her election confirms that, with hard work and determination, a female immigrant can become legislator,” he said.

“At Dahabshiil, we know the impact we have had on diaspora communities from many parts of Africa in terms of linking them with their relatives back home. Because of the remittances from relatives and friends, many have been able to move to Europe and America and are now engaged in gainful jobs and are in turn also sending money to help their loved ones back home,” Mr Duale said.

Elsewhere, Michael Keating, the Special Representative for Somalia and head of the United Nations Assistance Mission in Somalia (UNSOM) tweeted: “Terrific that Ilhan Omar elected a state representative for Minnesota.”

Ms Omar who faced only nominal Republican opposition in a heavily DFL Minneapolis district, continues an unlikely political journey that began amid the Somali civil war and a Kenyan refugee camp.

Omar, who is also director of policy at Women Organizing Women Network – a group dedicated to pushing East African women into civic leadership – is credited with being a talented organiser and leader of a multiracial coalition that includes Minneapolis progressives.

That, in turn, helped her defeat Phyllis Kahn — the House’s longest serving member — in a three-way DFL primary that included another formidable Somali-American opponent.

Her story is the latest in a long line of oppressed people coming to the United States, grabbing hold of the country’s democratic levers and demanding equality and opportunity — mirroring the journey of Irish, Jewish and other immigrant groups.

She went to the United States as a pre-teen, knowing only a few words of English, living with her family in Minneapolis’ Cedar-Riverside area. They escaped the Somali civil war when she was eight and spent four years in Kenya.

“Even though his message is supposed to function as a fear element in making sure that we don’t vote, so we don’t see ourselves as part of the American system, it’s had the opposite effect,” she told AFP about Mr Trump.

In his final days of campaign, the real estate magnate had blamed the Somali community for Minnesota’s travails.

“Here in Minnesota, you’ve seen first-hand the problems caused with faulty refugee vetting, with very large numbers of Somali refugees coming into your state without your knowledge, without your support or approval,” Mr Trump told a rally near Minneapolis-St. Paul International Airport.

“Some of them (are) joining ISIS (Islamic State of Iraq and the Levant) and spreading their extremist views all over our country and all over the world,” he added.