South-sudan – (warsoor) – At least 15 children died in South Sudan in early May after health workers vaccinating them against measles used the same syringe without sterilizing it, the health minister said on Friday.

About 300 children were vaccinated on May 2-5 in Nacholdokopele village in Eastern Equatoria state, another 32 of whom have recovered after falling ill with symptoms including fever, vomiting and diarrhea, Health Minister Riek Gai Kok said. 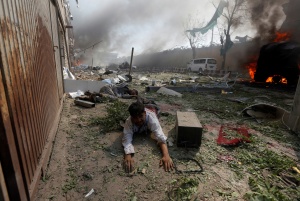 “The team that vaccinated the children in this tragic event were neither qualified nor trained for the immunization campaign,” Kok told a news conference.

A report prepared by a committee of specialists found the children had died from severe sepsis toxicity as a result of the vaccine’s contamination, caused by repeated use of an unsterilized syringe.

Oil-producing South Sudan, which became independent in 2011, has struggled to provide basic services such as healthcare since it descended into civil war in December 2013.