Afghanistan – (warsoor) – Taliban gunmen in Afghanistan opened fire on a vehicle taking Afghan guards to work at a U.S. military base killing six of them, the U.S. military said on Tuesday.

Two guards were wounded in the late Monday attack while the men were on their way to the Bagram military base, north of Kabul, the U.S. military said. Afghan officials said eight guards were killed and two wounded.

“In the past, there were attacks on Bagram air base’s Afghan employees individually, but this is the first time that armed forces target them in a group,” said Bagram district governor Abdul Shukor Qodosi. 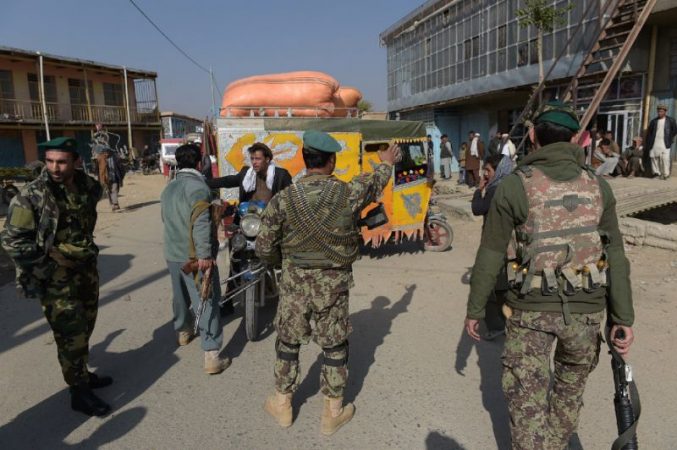 Taliban spokesman Zabihullah Mujahid said the group had carried out the attack, which occurred about an hour before midnight on Monday in a village near the base.

In November last year, an Afghan working at the Bagram base detonated a suicide bomb on the base, killing four Americans and wounding at least 17 people.

Before that attack, there were more than 3,000 Afghans working at Bagram, a number that has since dropped by half to about 1,500, according to Qodosi.

About 8,400 American troops are in Afghanistan, alongside more than 6,500 troops from allied countries, mostly to provide training and assistance to Afghan forces.

Afghans form the outer security of most bases used by foreign forces in Afghanistan, and they often bear the brunt of insurgent attacks.

“I offer our deepest condolences to the families, and friends of these brave Afghan citizens,” Brigadier General Patrick Donahoe, U.S. commander of Bagram Airfield, said in a statement.

“We will always remember the sacrifice of these determined men and are forever grateful for their service.”