Austria –  (warsoor) – A Somali woman named Hodan Yasin, 21, has become the second refugee to set herself on fire at Nauru just days after a fellow refugee died from self-inflicted burns.

Witnesses told the Refugee Action Coalition Ms Yasin suffered severe burns and all off her clothes were burnt off.

One witness said her burns were as bad as Omid Masoumali who died on Friday, two days after being airlifted off the island where he doused himself in petrol and set himself alight to protest against conditions at the processing centre. 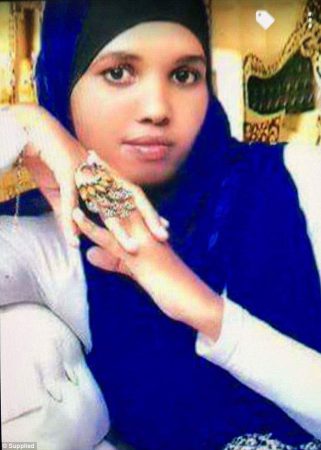 RAC’s Ian Rintoul told Daily Mail Australia he did not know what condition Ms Yasin. She arrived at the Royal Brisbane Hospital on Tuesday.

Mr Rintoul also said the 21-year-old referred to herself as Hodan, but was officially recorded as Hadon.

Another refugee on Manus Island posted about the incident, expressing his sadness about the situation.

‘I’m so sorry my sister hodan yasin [sic], she was in detention centre more than three years, and now she is burning herself on fire,’ he said.

‘I can imagine what cause this problem… I’m not sure if she is a live [sic] or not. Anyway I’m praying for you.

‘Please where is the human rights? Where is the justice in this world ? Where are the people saying we look after the human being? Why they don’t talk the people are dying in manus Island and nauru?

‘Who will take the responsibility our bleeding blood? Please let them know the human rights this situation. We’re in defence we can’t talk so please we need help.’

The Government of Nauru confirmed a 21-year-old female refugee from Somalia had critical injuries after setting herself alight on Monday.