In the Horn of Africa, the year-long drought caused by changing El Nino weather patterns hit Somaliland hard as the autonomous state struggled to cope with the death toll as well as the decimation of livestock. Children of pastoralists suffered, and their plight caused one schoolteacher in rural Abdiqadir village to take action.

“We saw these people moving with their children with nothing to give them to eat. Some of them would go without food for seven days,” recalls Omar Ali Olow, the headmaster of Abdiqadir school in the Awdal region.

The pastoralists and their families tried to find water for their remaining animals – typically goats, a staple of the Somaliland diet, as well as cows, sheep and camels. As they moved around the self-governed territory – which is internationally considered a region of Somalia – they lost more animals to the drought, animals essential for providing milk and meat for the children.

“We couldn’t let these children go,” said Olow. He offered to give them a better education, a place to stay, and three meals a day. Since 2014, at the very beginning of the drought, the number has increased to 42 boys and 15 girls. Word spread that he was taking in the poorest pastoralist children, and families came to drop their kids off. The families contribute what they can, but Olow also solicits donations from Abdiqadir villagers.

“We’re trying to encourage our community to stop spending money on chewing khat, but at least support the children,” he added, referring to the mild narcotic leaf grown in neighbouring Ethiopia and chewed by what unofficial figures estimate is 80 percent of the adult male population. 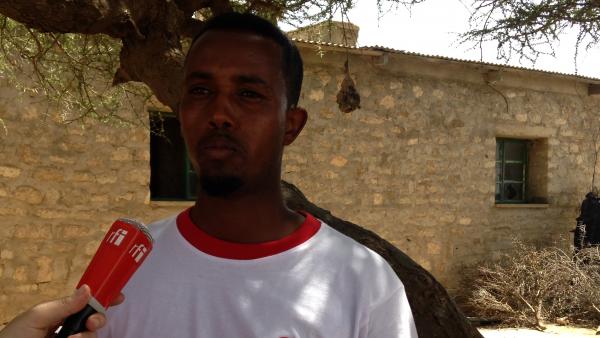 As the afternoon heat reaches 40°C, the children play in classrooms originally built by the former colonial power, the British, in 1956. Foam mattresses are propped up in the corner of the classroom, a reminder that school, play and home blend into this compact space.

“The children were in desperate situation with no adequate food and shelter, so we provided immediate assistance,” said Mokhtar Mohumed Hassan, the Somaliland area representative for Save the Children in Hargeisa. The British charity has contributed six months-worth of food, plus mattresses and bedding for the students.

“The children’s need for survival is key and under the current situation the most needed support was food and shelter. Protection is also something we are working on and further assessments are being carried out,” he added.

These youngsters have had a lot to cope with. “My family moved away and left me here,” said Akeri Ali Alow, a perky 11-year-old wearing a sky blue ski hat lined in fake fleece. He admitted the hat was hot to wear, but he liked to wear it nevertheless. His favourite subject is Somali. 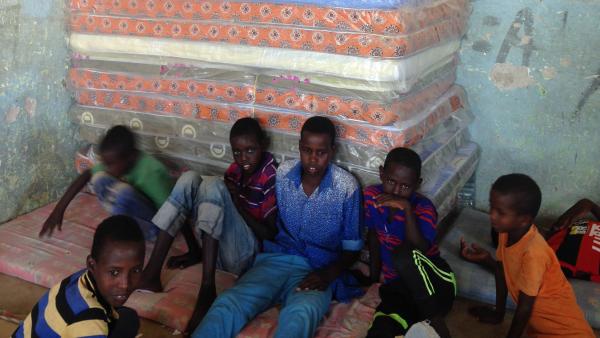 “We had 500 goats and all of them died except eight. I don’t know where my family is now,” he said. Alow has only been at Abdiqadir school for three months, but he made friends quickly.

His classmate Awale Isman Ismail is a year younger, and a bit less stoic. “At first when I came here I was missing my mother and my family,” he said, adding that he still wanted to go to the school, where his favourite class is Islamic Studies. “I’m used to it now and I feel ok,” he admitted.

The first boy who came to stay was Abdulahi Meron Esman, the school’s head boy, who seems older than his 11 years. He arrived in 2014 and said he likes Maths and Arabic. Esman is one of the few who has had contact with family members.

“I saw my mother recently, and she told me that it rained and at least the drought has lessened now. It’s better there,” he said, not specifying where his family is living, because they move around, like the other pastoralist families.

“None of the children have gone back to their family. Some have been here for two years and they have not seen their families. They are not even close by,” said headmaster Olow, standing outside the classroom wearing a traditional ma’awiis, or sarong. “Some went to Djibouti, some are far away in the pastoral areas, some are at the coast, some went all the way to Ethiopia. They are all scattered,” he added.

The families do try to keep in touch with their children, he said, when they can get access to a phone and call the school or send messages. Most of the students RFI spoke to said they did not miss their families, because they do have some contact.

“When you compare the life they had and the life you see today, even for these children, this is best they’ve ever had. They still fear going back to that life—going hungry,” he added.

Olow admits the responsibility is big one— not only regularly soliciting contributions, but taking constant care of the 57 boys and girls.

“You are taking on the role as a parent, and sometimes the worry keeps me up at night. We are more worried about them than our own families because they don’t have their parents with them here,” he said.

“That is why we are with them all the time. We don’t have other jobs. We take care of them full-time in this school,” he added. Olow also houses one of the 15 female students; the others live with families in the village.

Save the Children is currently helping to build a separate dormitory for the boys as well as an indoor kitchen.

“We know at least 100 children who are in the same situation but we don’t have a place for them to stay or meals for them,” he said, adding that with the expansion, he will hopefully be able to accommodate more the neediest in the community.

This report from Somaliland was produced with support from Save The Children.