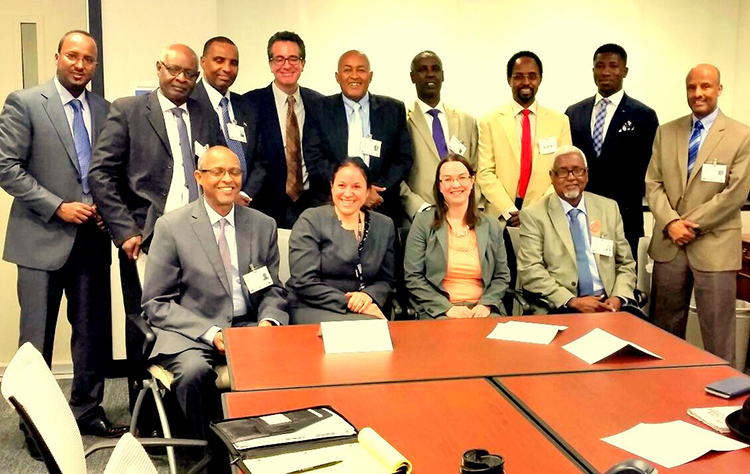 Mr. Abdirahman Irro Somaliland Parliament speakers as well as the chairman of opposition part WADDANI gratitude USAID agency higher officer for their continue supports and funds to Somaliland people and government.  In addition to that, Mr. Irro demanded USAID agency to augment Somaliland donation up to 20% as to cope with Youth issue development, job creations and the challenges of critical droughts which severely left livestock depended on the life of rural people as well as the economy of the country.

Parliament speaker’s delegation had special meeting to USAID department of technical experts of parliaments and call for technical assistance for Somaliland parliament.

USAID higher officers acknowledged Somaliland delegation for their visit and welcome their demands, they pledged to deal with anything possible within a short of time period.