Mogadishu – (warsoor) – At least 5 Al-Shabaab militants were killed after fighting between the Somali National Army backed by the African Union Peacekeeping Troops  and Al-Shabaab in Seydhelow location about some 30 kilometers north of Baidoa town in Bay region southwest Somalia, officials said Thursday.

Minister of rehabilitation of Militias for Southwest State in Somalia, Hassan Hussein Mohamed told reporters that special police forces conducted successful operation against what he called enemies of the people. 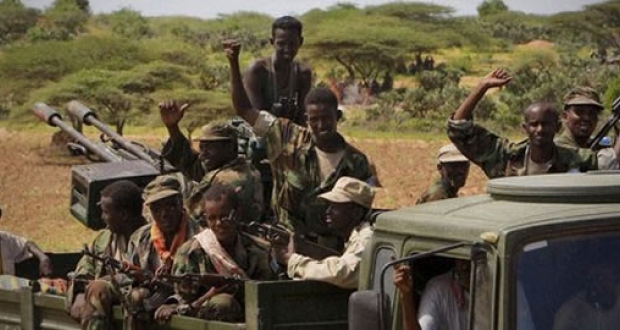 “Our Special Police Forces conducted operation at Seydhelow location where the terrorists were selling the water wells from poor people, the police responded the concern of the locals there, we killed five Al-Shabaab fighters, injured several others and we displayed their bodies to the media here in Baidoa town today”, Mr. Hussein said.

Al-Shabaab militants did not comment on the latest victory claimed by Somali officials in the region so far.

At least seven people including two soldiers on a minibus were killed while six others injured after Al-Shabaab militants opened fire at a vehicle at Daynunay location about some 30 kilemeters south of Baidoa town in the same region on Dec.23, 2016.