Turkey – (warsoor) – A court in Turkey has issued a formal warrant for the arrest of US-based Muslim cleric Fethullah Gulen, who the government accuses of being behind the failed July 15 coup that left more than 270 people dead. 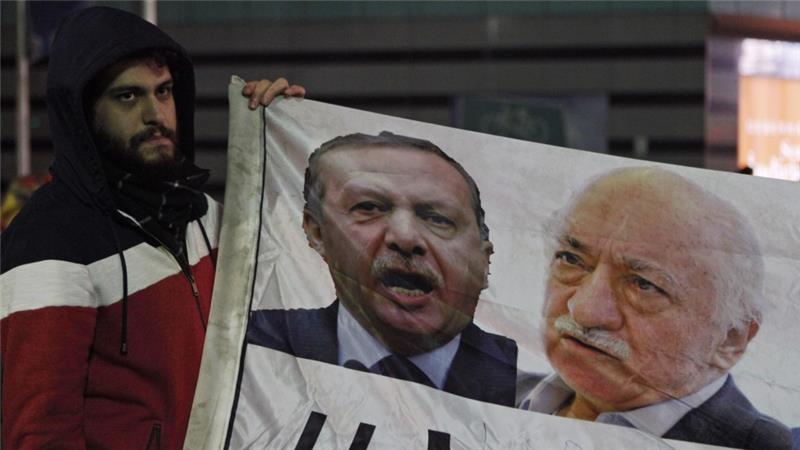 The state-run Anadolu news agency said on Thursday that an Istanbul-based court issued the warrant for Gulen for “ordering the July 15 coup attempt”.

The government says Gulen, a former ally of President Recep Tayyip Erdogan who now lives in self-imposed exile in the US state of Pennsylvania, masterminded the coup attempt by renegade officers in Turkey’s military, and wants him extradited to Turkey.

Gulen has denied involvement or prior knowledge of the coup attempt.

Ankara has not yet made a formal extradition request, but the arrest warrant could be a prelude to that process.

Washington has asked for evidence of the cleric’s involvement, and has said the extradition process must be allowed to take its course.

This is the first warrant issued to arrest Gulen in the aftermath of the failed coup. But it is not the first arrest warrant for Gulen in Turkey.

In the past, he has been accused of being the leader of an organisation that illegally tapped into the conversations of Erdogan and former prime minister Ahmet Davutoglu.

Turkey has designated Gulen’s movement, which runs charities, schools and businesses across the world, as a “terrorist organisation” and has launched a widespread crackdown on suspected members since the failed coup.

Earlier on Thursday, Erdogan vowed to go after businesses linked to Gulen’s movement.