USA – (warsoor) – The Trump National Golf Club in Westchester County, New York, has a magnificent course. Just ask its namesake, U.S. President Donald Trump, who until recently was quoted on its website saying the club “provides more than a membership – it’s a true luxury lifestyle.”

The business is worth more than $50 million and yielded more than $10 million from 2015 to early 2016, according to the financial disclosure form Trump filed last May. But seven months earlier, an attorney for Trump filed a lawsuit against the town of Ossining, New York, seeking lower taxes, claiming the course was worth only $1.4 million.

The lawsuit, which remains pending, has left at least one local official worried that taking a tough negotiating stance against a business owned by the world’s most powerful political figure puts her town of 25,000 residents at risk of retribution.

“Are we, the puny town of Ossining, going to choose to go up against the president’s company?” said Dana Levenberg, the town supervisor. “I wouldn’t want to do anything that has negative repercussions for the town of Ossining.”

Ethics experts said disagreements between Trump businesses and local governments create unavoidable conflicts of interest, since the federal government is a key source of funding and other benefits for municipalities and counties.

Over decades as a hard-charging businessman, Trump has been embroiled in numerous legal battles with local governments, from lawsuits to property tax appeals to zoning fights. 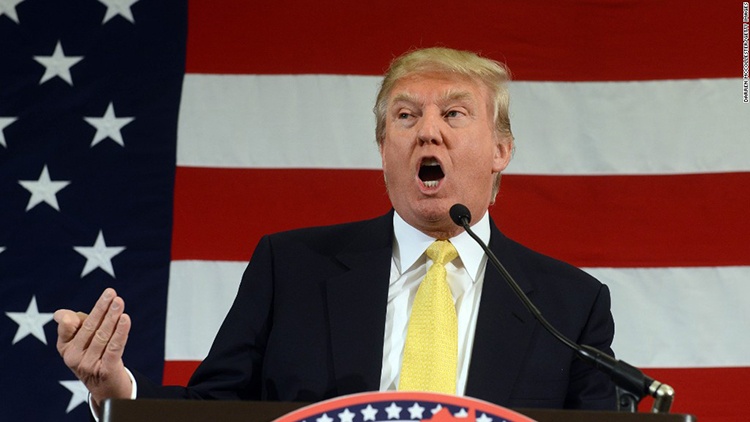 At least half a dozen disputes, including the Westchester lawsuit, remained unresolved as the Trump presidency began in late January.

“Donald Trump has shown to date that he can play hardball in these kinds of disputes,” said Noah Bookbinder, executive director of the nonprofit Citizens for Responsibility and Ethics. “I would imagine any local official would at least have a moment of pause before going as hard as they otherwise would against the Trump companies.”

But some local officials said they would handle Trump-related disputes in the same manner as any other, without fear or favor.

In Florida’s Palm Beach County, where a Trump golf course was challenging its tax bill, the county mayor, Paulette Burdick, allowed that Trump’s position as president “would pop into my mind” but insisted that officials treat every resident equally.

Although federal conflicts of interest law does not apply to the president, Trump has nevertheless faced criticism since his election about the potential conflicts posed by his business empire. Past officeholders have generally placed their assets in a blind trust to avoid any appearance of impropriety.

Trump, however, has refused to do so, instead turning over day-to-day management of his companies to his two adult sons without divesting his stake. Ethics experts have said that solution does nothing to address the problem, since Trump still stands to profit from businesses that remain under the control of his immediate family.

According to public records and interviews with officials, Trump’s pending tax disputes at the time of his inauguration included cases in Florida, where his lawyers challenged the tax bills for two Trump-owned golf courses; Washington, D.C., where Trump’s new hotel sued the district over its assessment; and Chicago, where Trump’s company filed multiple lawsuits seeking property tax relief for a hotel.

Over the years, Trump has repeatedly brought lawsuits against Palm Beach, Florida, for various issues related to Mar-A-Lago, his “winter White House,” though no case is active. His golf courses also frequently require permits from local governments for construction and development.

Federal decisions on everything from antiterrorism funding to infrastructure projects can have an outsized impact on states and cities.

“It just distorts the decision-making field,” he said. “There are numerous ways a president can help a local government – or not.”

In Palm Beach County, Steven Abrams is both a county commissioner and the chairman of the value adjustment board, which handles tax appeals, placing him squarely in the middle of the issue. But he said Trump’s status would have no impact on the process.

“There are pretty standard formulas for determining” property values, he said. “There’s not a lot of room for discretion based on who you are.”

For her part, Levenberg said the prospect of going up against the president’s business is “really scary.”

But she said she has become more emboldened in recent months after receiving supportive emails from residents urging her to hold the line.

“You should be paying your share of taxes,” she said. “You need to shoulder your part of the community burden. And if you’re not doing it that means everybody is picking up the slack for you.”