Bosaaso – (warsoor) – A suicide bomber killed five people, including a policeman, and injured 12 others on Tuesday at a police checkpoint in Somalia’s northern Puntland region, a local governor said, the first such attack in three years.

Although suicide bombings are common in the capital of Mogadishu, they are relatively rare in the semi-autonomous region of Puntland, where the security forces are relatively regularly paid and receive substantial U.S. assistance.

“The bomber seemed suspicious as he walked and when he was ordered to stop, he blew himself up,” said Yusuf Mohamed, governor of Bari region in Puntland. 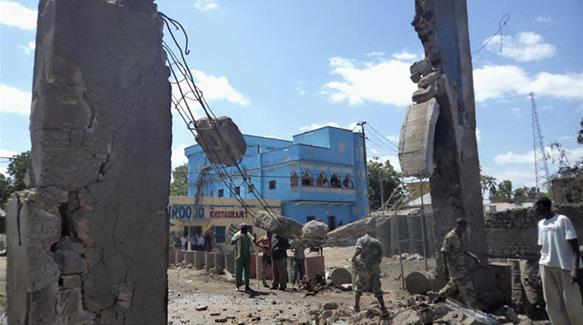 The al Qaeda-linked Somali Islamist insurgency, al Shabaab, which claims responsibility for most attacks, told Reuters they were not behind the bombing.

Puntland, which is just across the Red Sea from Yemen, is also home to a splinter group of al Shabaab that has sworn allegiance to the Islamic State group. Security sources say there is a small contingent of foreigners there too.

The fighters loyal to Islamic State briefly seized the port town of Qandala in December but were driven back into the mountains by Puntland security services.

It was not immediately clear who was responsible for the attack.

Somalia has been ravaged by civil war since 1991, when clan-based warlords overthrew a dictator and then turned on each other.