Hargeisa – (warsoor) – Somaliland House of Representatives voted today to give a parliament confidence voice in favor for State Minister of National Planning who recently nominated the president Somaliland.

In today’s session of Somaliland House of Representatives chaired by the first deputy chairman of the MB, Mr. Bashe Mohamoud Farah, 42 Member of Parliament attendance in todays’ session.  Chairman of the council demanded to be presented state minister biography minister at to take vote for approval. 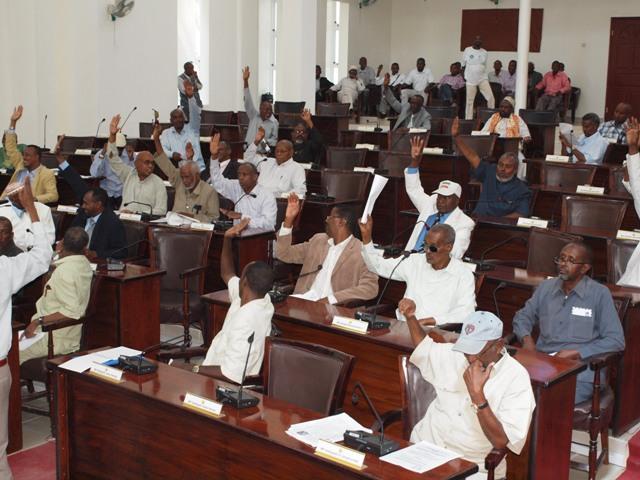 When the voting count finished the Chairman declared the results of the vote and said, “42 member of parliament are available in today session, 40 members approved state Minister Mohamud Adan Mohamed Galal, one MPs rejected, no one got silent, the chairman has no vote, due to that Mr. Mohamoud become fully state minister”.

The State Minister for National Planning Hon. Jama Mohamed Galal  starting from today, he will be officially valid state minister.