Hargeisa – (warsoor) – The Somaliland Diaspora Agency has made an urgent call to all Somalilanders living abroad to send whatever assistance they can to support national drought-relief efforts. Somaliland is currently experiencing an acute drought which has affected more than 1.5 million people. 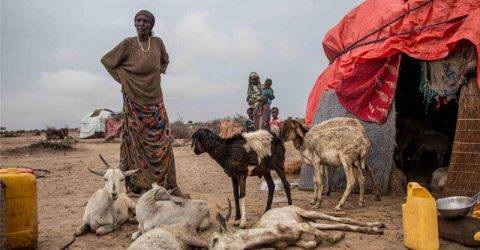 The failedrains have led to livestock deaths and crop destruction and devastated the livelihoods of communities across Somaliland. Thedrought is nation-wide, but the most severely affected areas include the regions of Sanaag and Sool as well as parts of Togdheer.  Levels of malnutrition have risen rapidly, especially among vulnerable groups such as infants, small children, the sick and the elderly. Desperate families suffering food shortages have been forced into harmful coping strategies, such as skipping meals, using unsafe water, and abandoning livestock and shelters.  The affected communities are in urgent need of support to prevent further loss.

The Somaliland Diaspora Agency (SLDA) is calling upon all Somalilanders abroad to do their part and financially contribute to local and international emergency efforts to save the lives and livelihoods of those suffering from the drought.

The Head of State of the Republic of Somaliland, H.E. Ahmed Mohamed Mahamoud (Siilaanyo), is appealing to national governments, international aid agencies and generous donors to heed the Government of Somaliland’s urgent call and support relief efforts to prevent  further loss,  human lives and livelihoods.