Galkaio – (warsoor) – The Somali Prime Minister Omar Abdirashid Ali Sharmarke and a delegation he is spearheading have on Saturday reached Galkaio town the headquarters of Mudug region in central Somalia.

The objective of the delegation is to take part on the mediation process of the intermittent skirmishes between Galmudug and Puntland forces. 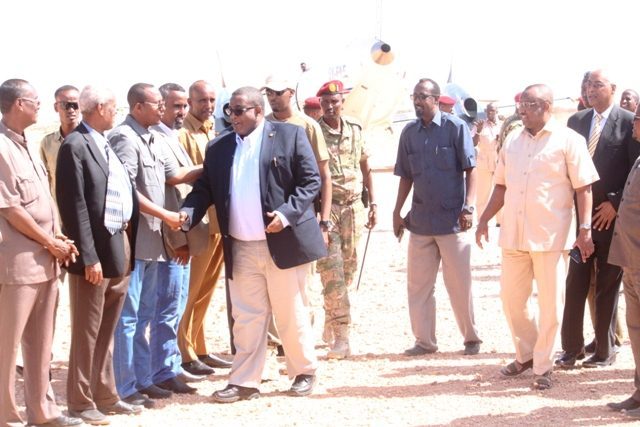 In the coming hours the official talk between the two administrations has officially opened in Galkaio town.