Adado –  (warsoor) – The Somali Prime Minister is in Adado town for the second day, and is engaged in mediation talks with the administration of Galmudg State and the intellectuals. 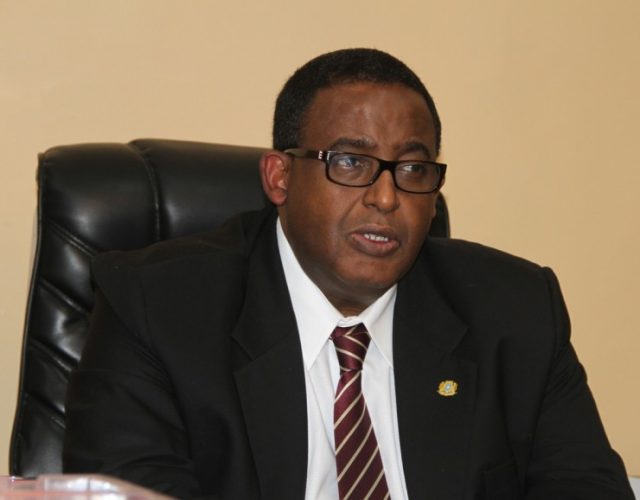 Basically the mediation talks is about  the fight in Galkaio between the two Somali regional States Galmudug and Puntaland which has erupted  dispute over livestock quarantine land.

The Prime Minister and the delegation he is spearheading reached Adado town on Friday, and since then they were engaged in talks with the different sectors of the population in Galmudug State

Premier Sharmarke has urged Galmudug State administration to strictly observe the bilateral agreement which was signed between the two states in December 2015.

The President of Galmudug State Abdikarim Gulled has pledged on his side that he will strongly endorse whatever will be the solution to bring the tension between the two states to normal and tranquil.