Russia – (warsoor) – Russian President Vladimir Putin has said Western sanctions imposed after Russia’s annexation of Ukraine’s Crimea are an obstacle to talks on a peace treaty with Japan, the Yomiuri newspaper reported on Tuesday.

A feud over four islands seized by Moscow at the end of World War Two but claimed by Japan has kept Tokyo and Moscow from formally signing a peace treaty ending the conflict.

Putin and Japanese Prime Minister Shinzo Abe will meet in Japan on Thursday and Friday to discuss economic cooperation and the decades-old territorial dispute.

In an interview with the newspaper, Putin said talks on the two larger islands would go beyond the scope of a 1956 joint declaration with Japan, in which the Soviet Union agreed to hand over two smaller isles after a peace treaty was signed.

Putin also said Russia was willing to discuss joint economic activity with Japan on disputed islands at the core of a decades old territorial feud, the newspaper said. But he said any such activity must be under Russian sovereignty, the paper added. 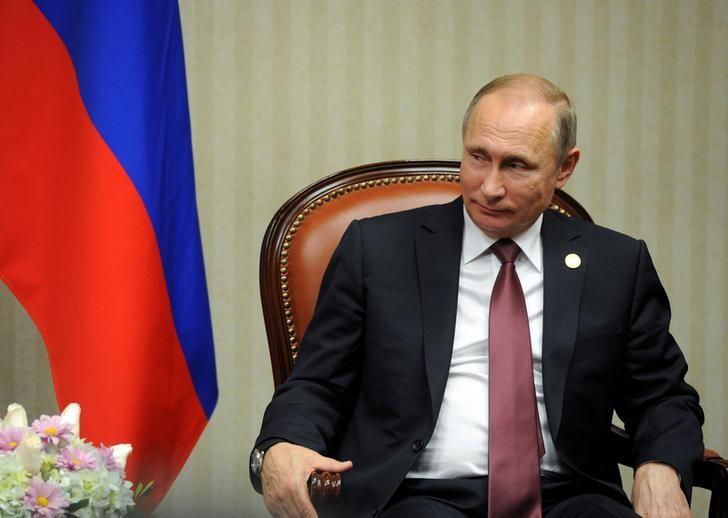 Putin also said Japan’s proposal for economic cooperation in eight areas had helped the atmosphere for talks with Japan, the Yomiuri said.

Putin said Japan and Russia needed to agree on conditions for a peace treaty based on trust and large scale joint economic activities could help achieve that. But he questioned whether that was possible if Russia remained the target of Japanese sanctions, the Yomiuri said.

Japanese trade minister Hiroshige Seko on Monday ruled out any economic deals that would undermine Group of Seven (G7) unity on sanctions imposed after Russia’s annexation of Ukraine’s Crimea region in 2014.

The United States, the European Union and Japan imposed the sanctions to punish Russia it after the annexation, and some Western countries have been worried about Japan breaking ranks.