Mogadishu – (warsoor) – The Minister for National Security of the federal government of Somalia honorable Abdirizak Omar speaking to the Somali National News Agency has confirmed the death of 240 Al-Shabab militants at Halgan location in Hiraan region in central Somalia, after an attack they carried out at an African Union military barrack in Halgan. 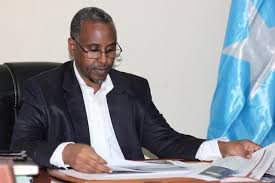 Eventually the Minister has said that the Al-Shabab militants attacks the barrack from the four directions, but the Ethiopian troops who are part of the African union mission in Somalia, had information hours before the attack and were fully prepared to face the attacks in all consequences.